How would you feel if I told you that you can play Angry Birds on your Camera? Or check Google+ and Twitter from your camera? Well Samsung has made that a reality. This is the first camera on Android that is running a recent version of Android, and is available in most markets. There were others running Gingerbread last year, but they didn’t make it to the US. The Galaxy Camera is a fantastic device, but with any first generation device, it definitely has a few things that need to be fixed for it’s next version. The Galaxy Camera features a 4.8-inch display, 16.3MP shooter, 4GB internal storage, 1GB of RAM, and a quad-core 1.4GHz Exynos 4412 processor. How many other cameras do you know that run on a quad-core processor and have a 4.8-inch 720p display? 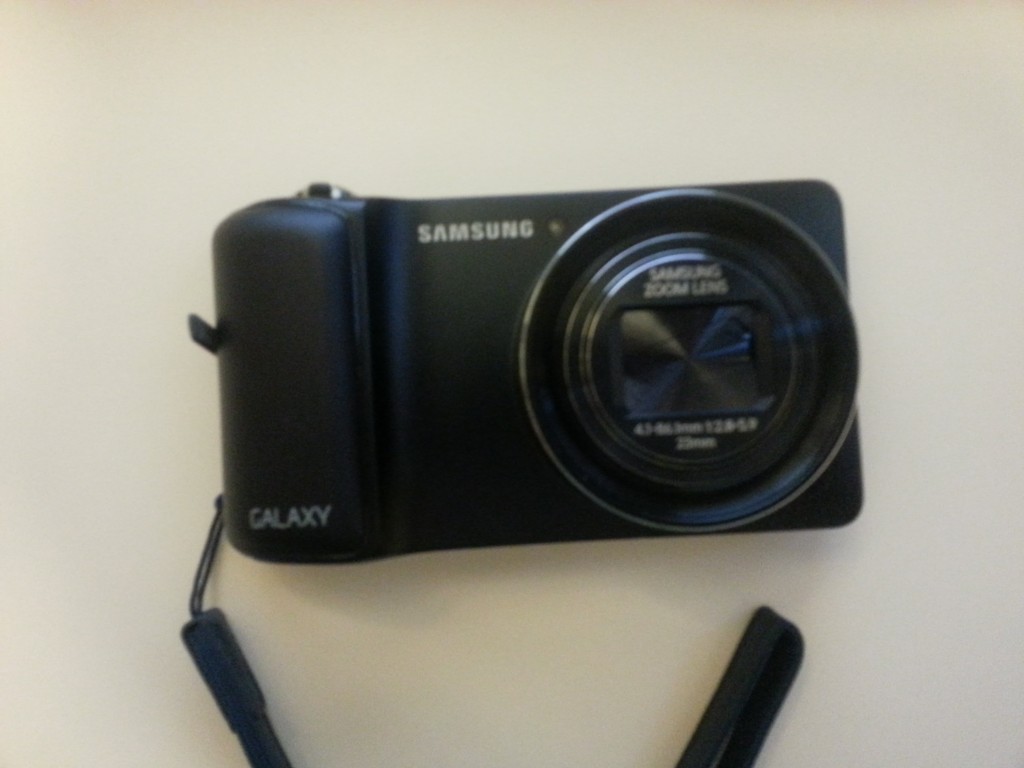 The overall design of the Galaxy Camera is actually quite nice. The only thing I’d like to have changed for the next version is the weight. It’s a little heavy compared to my normal camera, but it’s not that bad. Another thing is the flap over the micro USB port on the right side. Just like with the Droid DNA, it’s pretty annoying. Especially with how often you have to charge the camera. Battery life isn’t the best, but we’ll get into that can of worms a bit further down in the review.

The Galaxy Camera is running Android 4.1.2 with Touchwiz. So if you’ve been using a Galaxy S3, or a Galaxy Note 2, you should feel right at home. Just about everything you can do on your Galaxy S3 you can do on the Galaxy Camera, except of course make and receive calls. The Galaxy Camera does come pre-installed with quite a few apps, but they are some pretty nice apps to be using on the device, like Instagram, and Dropbox. 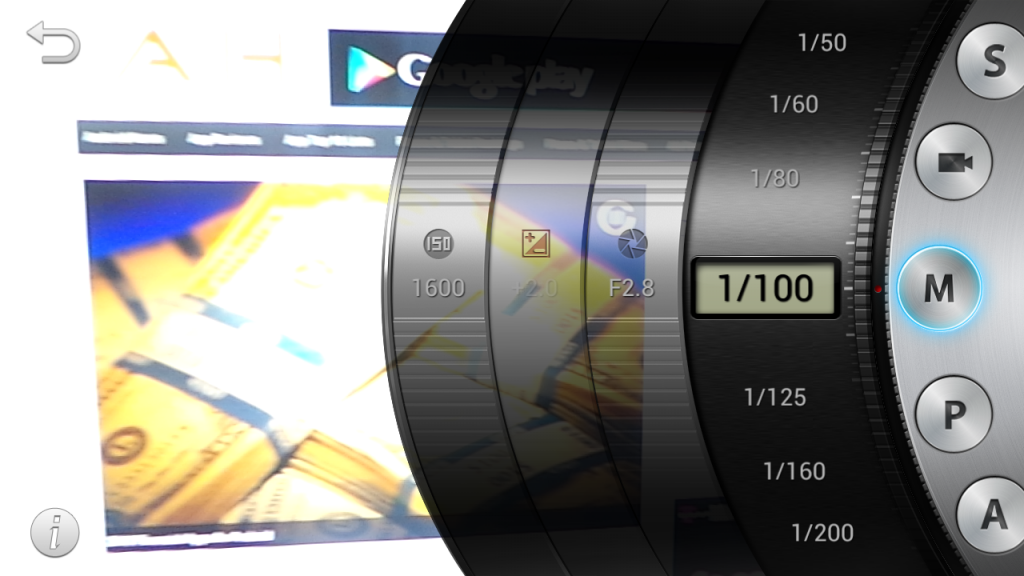 Like I said in the Operating System section above, the Galaxy Camera is running Touchwiz so if you’ve used a recent Samsung device, you’ll feel right at home. Not much has changed in the interface portion of the Galaxy Camera, but there are more controls in the camera app. You can also manually set the ISO, shutter, brightness and more. The animation is actually pretty cool.

This is a Samsung device, so you know it’s loaded up with a ton of their apps and tweaks. You also have S Voice. Which is kinda surprising, but pretty cool too. Even though I prefer Google Now. The Galaxy Camera also includes S Hub, Paper Artist, Photo Wizard, and Video Editor. Then on the Verizon side (yes they put bloat even on the Galaxy Camera) there’s a few apps, but not as much as on their phones. 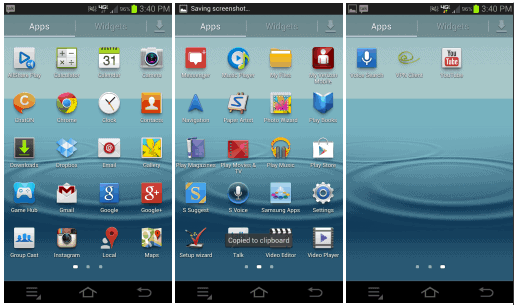 As you can see, the bloaware isn’t to bad, compared to other Verizon devices. You’ve got about 47 apps pre-installed while the Droid DNA has about 51. And yes that pesky wifi notification is on the Galaxy Camera too. Wonder who’s bright idea that was? 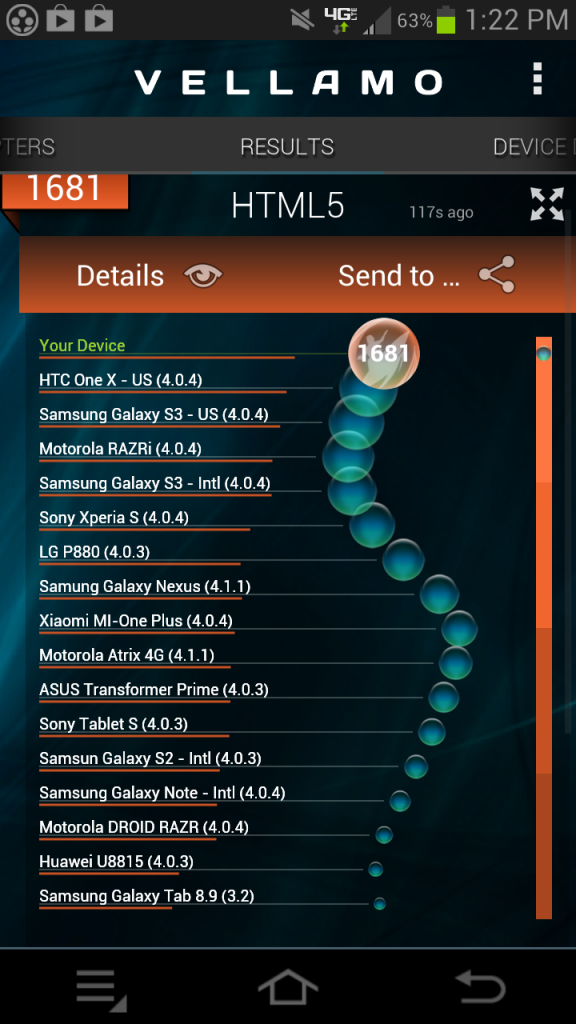 As you can see in the image, the Galaxy Camera beats all other devices in the HTML5 and Javascript area. So it must be pretty good, right? Especially since it’s a camera and not a phone. 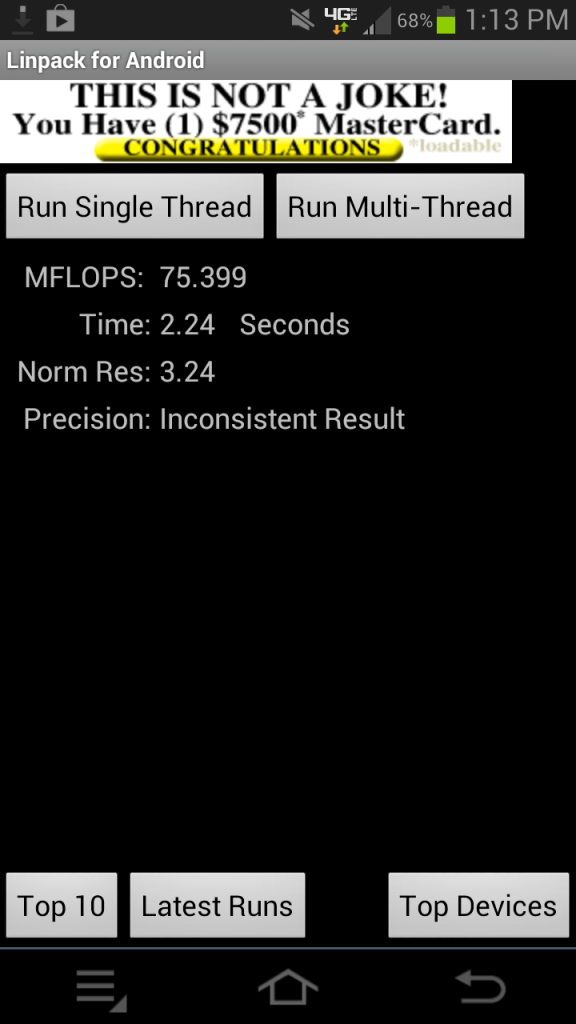 Linpack tests your devices CPU speed in terms of MFLOPS. And the higher your score is, the better and faster your CPU is. As you can see, the CPU for the Galaxy Camera is pretty speedy. 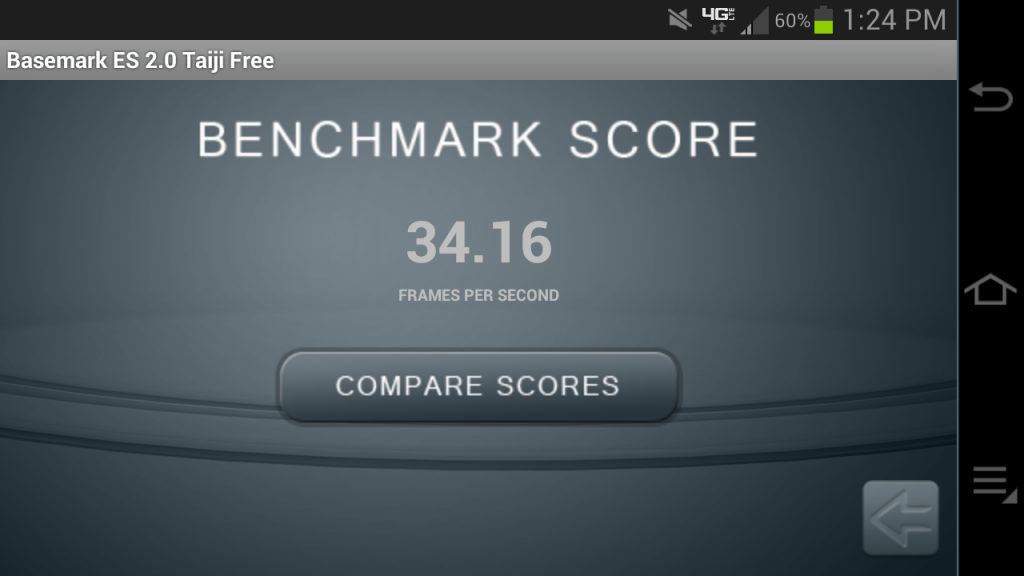 Now onto the GPU performance. It’s also one of the best on the market right now, and the score above shows it. Although these benchmarks don’t really translate to real world use, but more of a bragging rights type thing.

The camera stills look awesome, of course they should for a $500 16MP camera, right? Here are some pictures from my Droid DNA review that were taken with the Galaxy Camera. 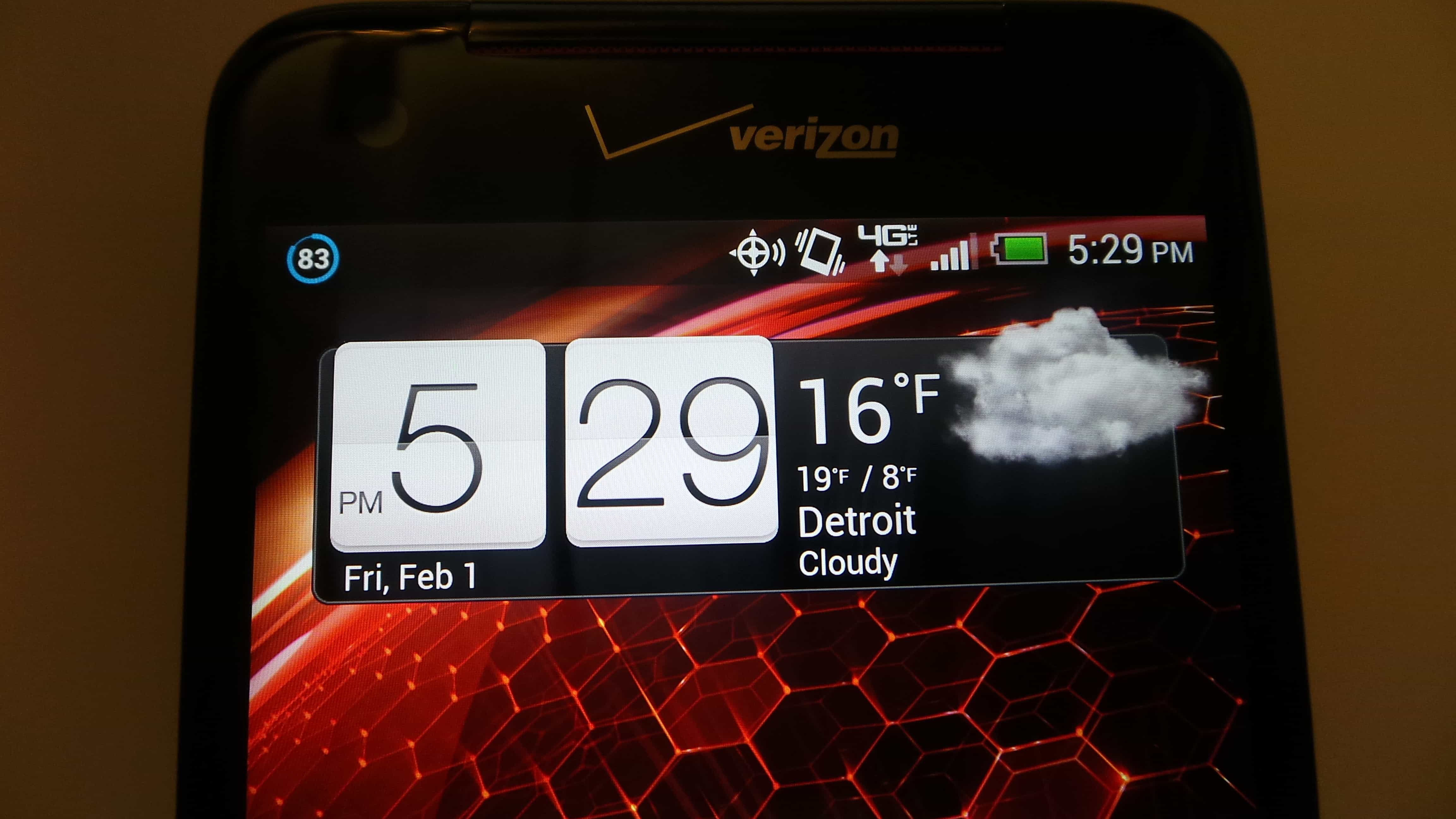 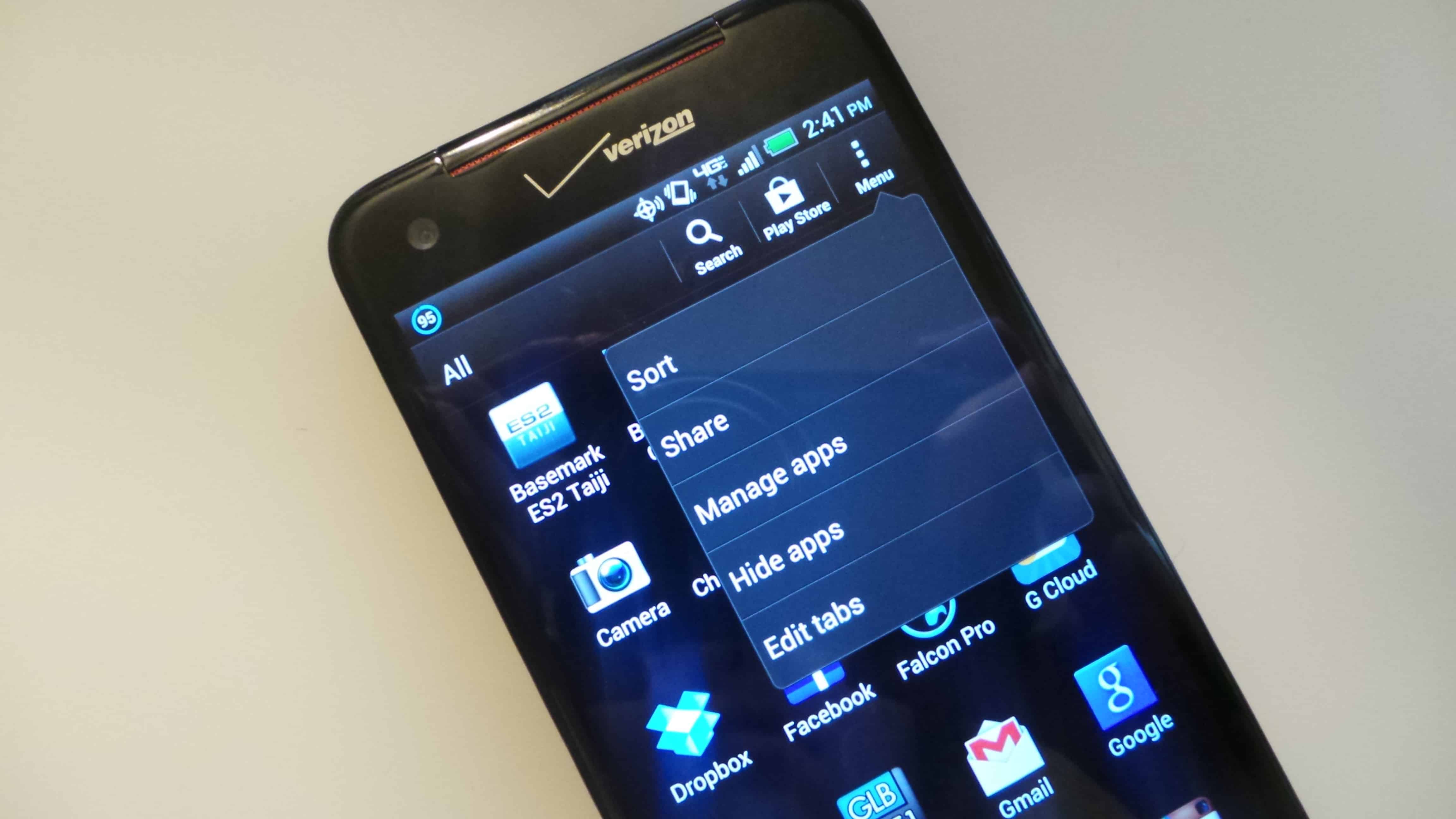 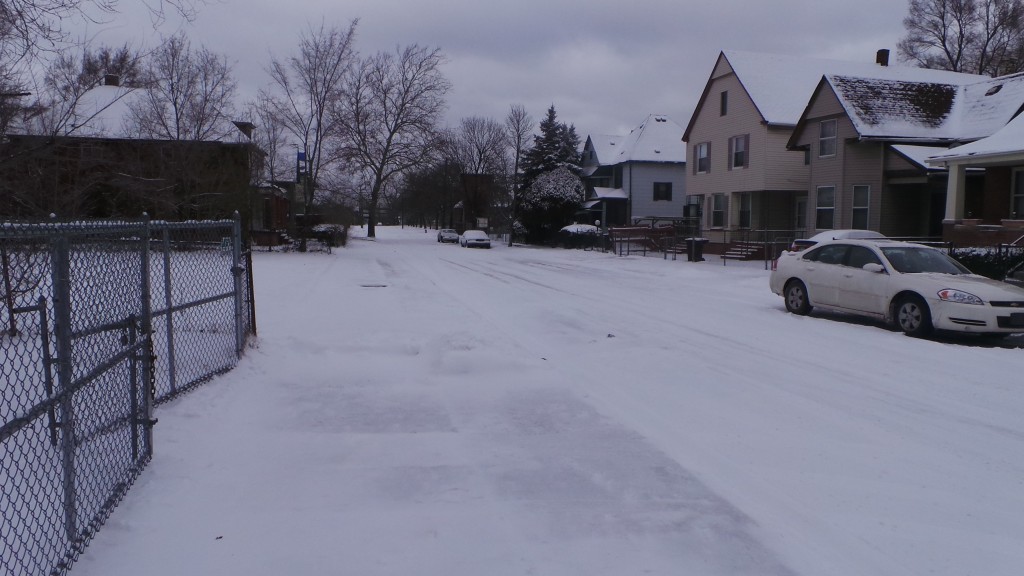 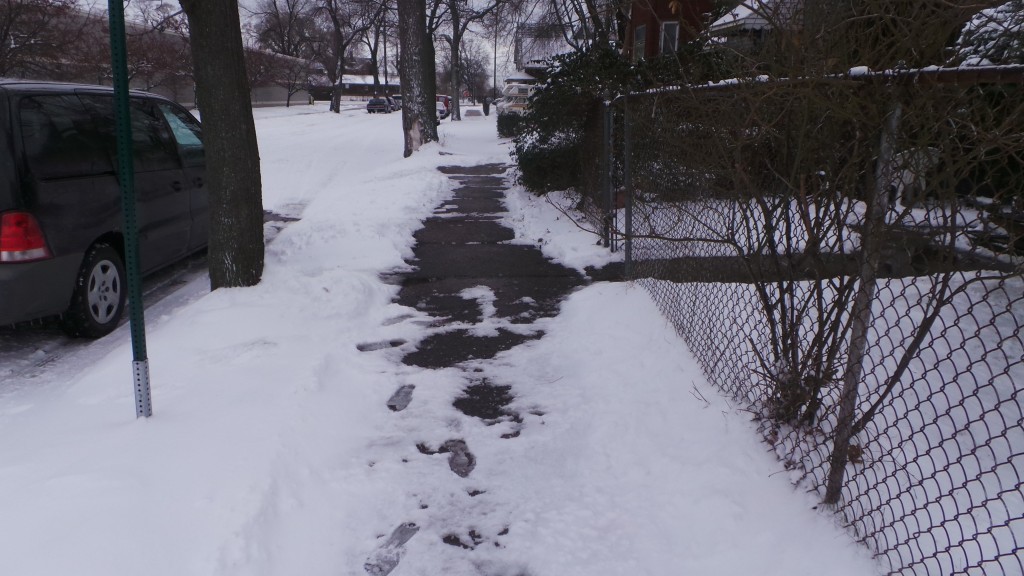 I’ve done a few videos with the Galaxy Camera, and I’m actually really impressed by it. The only downside is that it seems to get pretty warm when recording a video longer than a couple of minutes. Warmer than most camera’s do. I’m not sure if that’s due to the quad-core processor in there or not.

The Galaxy Camera basically has the same display as your Galaxy S3. So it’s probably the best looking display on a camera ever. It’s a 4.8″ Super AMOLED display and it does look beautiful. It also has software keys, which makes everything nicer.

Network Connectivity: The Galaxy Camera does connect to 4G LTE on Verizon or HSPA+ on AT&T, depending on the model you buy. It also has Wifi and Bluetooth connectivity.

Pricing: $549 Without a contract from AT&T and Verizon.

The Galaxy Camera is a great camera. I’ve really enjoyed my time with it. But what blew me away was how quickly you can go ahead from a cold boot to opening the camera. It’s almost as fast as booting up my Samsung Chromebook. Another thing that blew me away was that I could play Angry Birds, then check some emails, and upload pictures to Google+ all at once. I don’t know of any other camera that you can check your email on.

It is a great camera, but there are some flaws, one being battery life. With it being a first generation device you’re going to have some flaws. But if you are really looking for a good camera ASAP, I’d suggest picking up the Galaxy Camera. If not, wait for the next generation Galaxy Camera from Samsung which should be coming later this year.