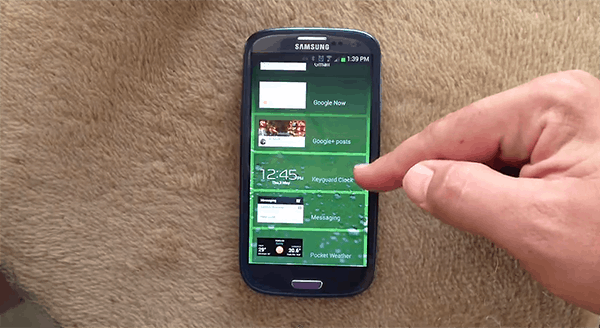 Most of Samsung's lineup, at least the devices that have been available commercially for some time, are running Android 4.1 Jelly Bean. As we all know, 4.1 is not the latest version of Android. Devices like the Samsung Galaxy SIII, Galaxy Note II and Galaxy Note 8.0 are all running 4.1. Furthermore, they have  yet to see an update to the latest version of Android, in an official capacity.

Don't fret fellow Samsung lovers, I'm sure when the Galaxy SIV and Galaxy Note III are eventually ousted, we'll see that they're running the latest version, 4.2. It's a good thing too because Android updates take way too damn long to finish their release cycle. That certainly doesn't help owners of Samsung's older devices though.

I'm sure I speak for a lot of owners out there when I say that those updates need to happen sooner than later. There is some good news, the release might be a lot sooner than we expected if recent events are to be believed.

As it would seem, an unofficial Android 4.2 ROM has been leaked and flashed successfully to a Galaxy SIII. The user who flashed his device, Damian Kidd, recorded a lovely video showcasing all the new features coming in Android 4.2. While we're already pretty clear what's coming, the new features have been covered extensively in the past, we aren't quite sure how it's going to look and function on Samsung's devices. Hopefully, you know by now that every manufacturer has their Android devices outfitted with a custom skin. Samsung, for example, uses a software edition named TouchWiz.

The video is about five minutes long and runs through the whole gamut of features, like the new lockscreen widgets. I must say, they're looking mighty fine on Kidd's Galaxy SIII, let's hope Samsung doesn't make too many last minutes changes to them before the ROM is officially released.

Take a look at the video below.

Galaxy series owners, what do you think? Are you pleased with the implementation of Android 4.2 as shown here? Is there anything that wasn't demoed in the video, that you would like to see in the newest update?