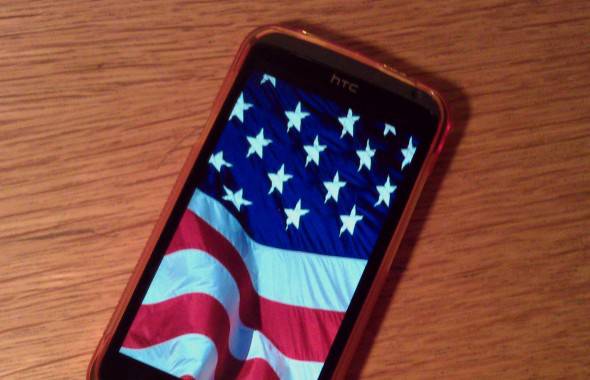 Back in October 2012, the Librarian of Congress deemed that unlocking of cell phones would no longer be allowed under the DMCA. Now, it's important to note what we're talking about when we talk of "unlocking", in this case it's the ability to use another carriers service on your phone. It's like taking that T-Mobile phone to AT&T's network, and the new addition to the DMCA that takes effect this Saturday will make it illegal to unlock cell phones. Regardless of whether or not you plan to stay with whatever carrier you're currently locked into a contract with. It's a strange thing to think that the Librarian would have this power but, it's up to them to deem who is exempt from "strict anti-hacking law". When this was decided back in October there was a 90-day window in which people could still buy phones to unlock.

Now, that window is about up and if the right to unlock your cell phone to use it on any carrier or operator is something you want to keep then you're going to want to sign a new petition that would force the Obama administration to respond to it and even make a change to the law that will come into effect through the DMCA. Unfortunately, thanks to a Death Star petition that had the White House issues a response concerning cost, the threshold is now a lot higher at 100,000 signatures needed. Somehow, I don't think getting 100,000 signatures on this is going to be much of a problem, do you? Especially when the deadline is not until February 23rd. As of writing, it's about to hit 3,000 signatures.

I should come a little clean and say that I'm the only British member of staff here, and things in England concerning unlocking are a little different. Don't worry, I'm going to don my ass-hat and go all Piers Morgan on you, all I will say is that it's a genuine shock to me that something like this is going into law in the United States of America. Myself, each and every smartphone I've had I've tried my best to SIM-unlock my phones – no CDMA over here folks – and I primarily do it so that when I take my phone to another country I can pick up a SIM and use their service without horrific roaming charges. I know things are different in the states when it comes to phones but, who wouldn't want the right to unlock their own phone?

I think it's vital that you all sign this petition and while it might be a little annoying to sign up for a "whitehouse.gov" account it's certainly worth having your say. I find it ridiculous that in a Democracy like the U.S. you can't do what you want with a phone you own and, let's be clear the law applies even when that Galaxy S III of yours falls out of service on AT&T, Verizon or whoever. It's wrong, and it's important that something gets done about it.