I’m just going to put this out there for you right now, and let you draw your own conclusions. Viewsonic just announced the VSD240, a 24-inch Smart Display that doubles as an Android 4.1 tablet. Yes, you read that correctly, a 24-inch Android tablet.

Holy mother of !*#*$)(@&*(#@#*. Okay, there was actually no legitimate cursing going on there, I just wanted to include a bunch of symbols. Moving on.

The Viewsonic VSD240 can essentially be used as a Smart Display monitor, and even includes USB, Bluetooth and wireless support for keyboards and mice. Where it differs from traditional monitors, is the internal hardware that allows it to further operate as a portable tablet.

As far as a tablet, the VSD240 certainly includes some pretty decent hardware: 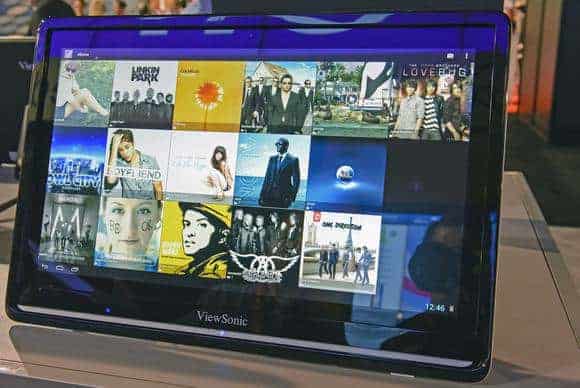 I’m sure you’re already thinking the same thing I was right when this story popped up, the display is probably frightfully expensive. Actually, it’s not really expensive at all, especially when you consider the size. The Viewsonic VSD240 will appear in the States sometime in April, for $499.

Many probably missed the VSD240’s predecessor, the VSD220 which was more of a “smart monitor” than it was an oversized tablet. It was released not too long ago after a relatively lengthy production period.

Now that all of the specs are out of the way we can continue to the fundamental question. Where the hell do you keep this thing while you’re on the go? I’m joking of course, the VSD240 is not meant to be used while on the go like normal tablets. According to Viewsonic, the VSD240 is not even meant to be used a primary system and instead promotes it as a terrific secondary monitor in the office. Furthermore, there is no internal battery which means the VSD240 needs to have a surefire power source at all times.

Personally, I would say that such a display is ideal for notebook and laptop users. Once a laptop is disconnected, the monitor itself will still maintain connectivity features and therefore can still be used.

Nevertheless, it’s going to be a little while until we see these babies out in the wild. I’m sure we’ll have plenty more information for you in the coming months. Perhaps even some more derogatory symbols, if you like that sort of thing.