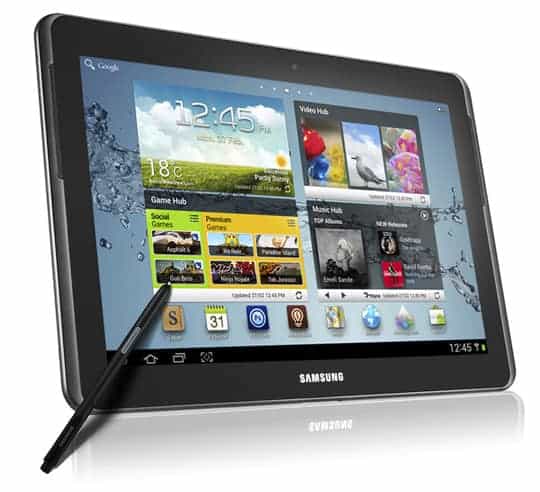 We all remember the Galaxy Note 2 that was launched on Verizon back in November right? It has a freaking Verizon logo on the home button! Seriously Verizon? Well yesterday, during Samsung's keynote at CES they announced they were bringing the Galaxy Note 10.1 to Verizon with 4G LTE capability. Now for those that haven't used a Galaxy Note 10.1, it doesn't have any physical buttons, besides the volume rocker and power button. So Verizon couldn't put it on the home button again. Instead they put an even bigger one on the back. 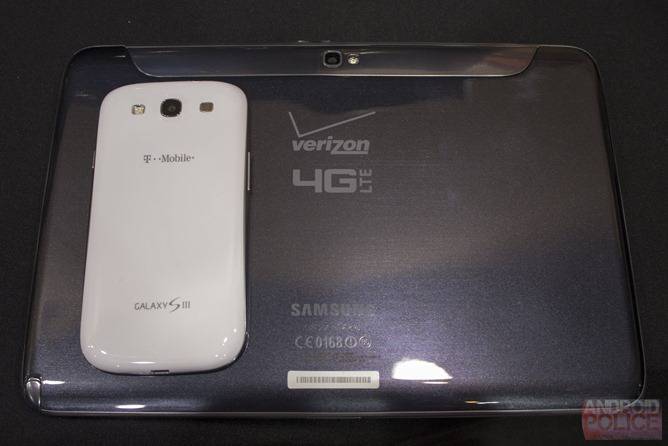 Look at the comparison above from Android Police, they are comparing the Galaxy S3 with T-Mobile's logo to the Galaxy Note 10.1 with Verizon logo. The Verizon Logo is almost as big as the Galaxy S3.

Compared to the original, wifi version of the Galaxy Note 10.1, the only differences is the LTE modem and that huge logo you see above. We know here in the US that the carriers basically run the show, but Samsung should be able to say no to stuff like this. I'm sure Samsung could have put this on AT&T or Sprint with LTE and not had to put such a huge logo on the back that just makes it look ugly.

So that's the logo, all of it. Here's to hoping the next Samsung device for Verizon doesn't have a logo that takes up the entire back and front of the device. CES is just getting started, and we've got plenty of coverage. So make sure you stay tuned to Android Headlines for everything CES this week.

Would you still buy the Galaxy Note 10.1 4G LTE from Verizon with that huge logo on the back? I know most people usually buy a case for their tablet right away anyways, so that may not be a big deal to most people. But this is just madness. Let us know what you think in the comments below.