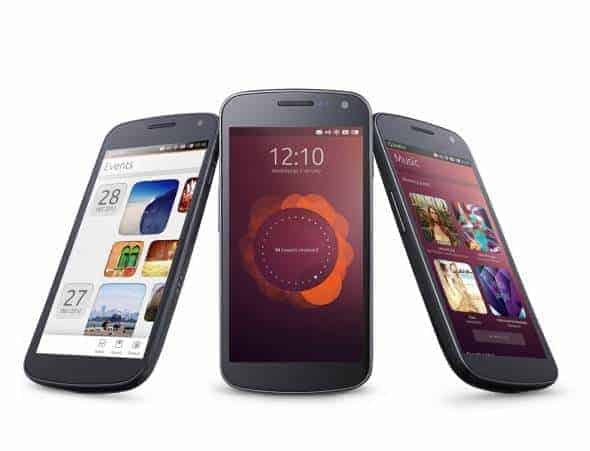 Earlier today we hypothesized just what Canonical were going to announce when the count down on their website hit zero. We first thought it could be more of Ubuntu for Android and yet we were wrong, it's Ubuntu all right, in your phone. Not just in the background of your phone or anything like that but Ubuntu designed for your smartphone. It's very similar to what you might be using on the Desktop or your Laptop and it's here for our smartphones. It's a strange platform for a Linux OS to be brought down to but it looks like they've really put some thought into this latest version of the OS and it's certainly something to behold. Join me as we take a look at the phone OS. 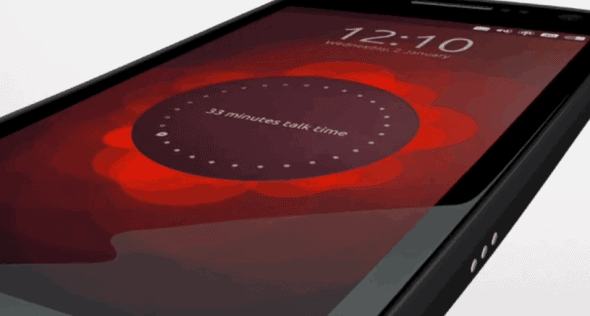 If you've ever used a recent version of Ubuntu on the desktop then you're going to recognize a few things here in the Smartphone version of the Linux build, firstly, the homescreen that's not a lockscreen has an ever-evolving colorful swirl of your life, there's calls and tweets, and e-mails and whatever else has been happening in your life. It doesn't ever look the same and it's designed to look good and work well. It's a nice touch and one that will strike you each and every time you look at an Ubuntu phone.

The phone OS is designed to use all the edges of the device in order to get around, swiping from the right for instance will bring you your most recent used apps in a neat dock – which is very similar to that of the one in the Unity interface on the desktop. 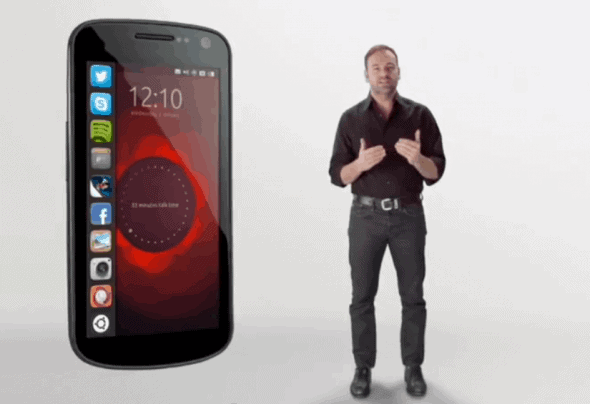 Swipe from the top down and you'll be greeted with the familiar search bar that searches everything and anything. The search is something that seems to be very much at the heart of this OS and it's been built from the ground up to know what you want to search for and where to search for it. If you want movie tickets, it'll find them for you – similarly it'll find you a book title if that's what you wanted. Ubuntu look like they're ready to take on Google Now with this and it's something Mark Shuttleworth himself deems "one search to rule them all". 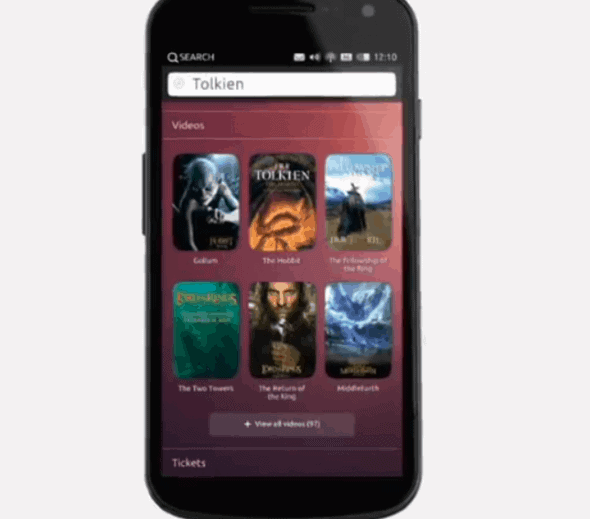 Apps are something that I'm sure a lot of you are scratching your head about and thinking – "this will have no apps". Ubuntu phones will have full access and full support to the world of web apps and HTML5, which isn't too much to brag about but when they can bring notifications into the phone just as a native app would, it gets a little impressive. Native apps are also coming for the platform and by virtue of it being an Open Source platform there are powerful tools available to developers to create stunning native apps. Games are coming as well, with apparent support from the major developers already onboard and talks ongoing with graphics chip vendors to further optimize code.

Enough talk, let's take a look shall we? Canonical have prepared a video surrounding Ubuntu phones and their overall roadmap for 2013. It's an interesting read for an Ubuntu fan or just someone who's a little bit curious about the Linux OS but, if you want to get started with the Ubuntu smartphone portion, skip ahead to around 06:37.

Ubuntu for phones is obviously running on a Galaxy Nexus and this is because there are no supported devices for the platform just yet. How Ubuntu can do this is by utilizing the Android kernel and drivers, however there's no Java Virtual Machine here instead it's a whole new OS on top of that kernel. It's going to be coming with devices in 2014 and any current Android phone is said to be able to run it, with manufacturers able to install Ubuntu phone on their hardware if they so wish.

For a long time now I've been using Ubuntu and I've seen it go through a number of changes, from the default GNOME desktop to Unity and at each stage I've been cautious about their new ideas. Unity was never my favorite environment when it first launched but in the last year or so I've used it exclusively, with the new announcement of Ubuntu for Smartphones however I'm more cautious than ever. I love the way this operating system looks and there are some brilliant ideas at work here but, is there room for another mobile platform like this? The industry is scratching their heads as to whether there is room for the upcoming BB10 OS, let alone a complete unknown like this. Never mind all that, do Canonical have what it takes to go up against Android, an OS that has partners now heavily entrenched in the market?

I really want to know what you clever folk out there think as I'm not sure what to think. It's like I'm torn between two masters, Android and Ubuntu, which one is going to win out?