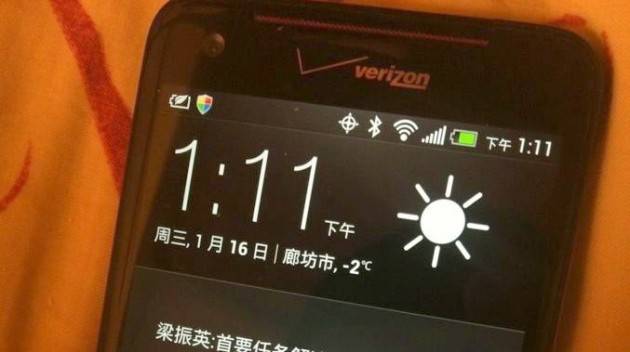 Last night, we wrote a story that showed actually  pictures of HTC's new M7 that's due to be announced at Mobile World Congress next month in Barcelona. In that article we also had some screenshots of Sense 5. Now we see some actual images of the Droid DNA running Sense 5. This image was posted on LeakROMS, so more than likely it's just a port from the software build found on the HTC M7. Which means there's a HTC M7 ROM floating around out there somewhere. Which is probably good news for those with the Droid DNA. That means that HTC shouldn't keep Sense 5 from coming to your device. Although we've seen in the past that HTC devices capable of running updated versions of Android don't get their updates because HTC says that they can't handle the update.

As you can see in the image, it does go along with the rumors we've heard recently that Sense is even more scaled back and minimal than Sense 4 was. And Sense 4 was a huge change from Sense 3 and 3.5. But it's still by no means stock Android, unfortunately. It will be interesting to see if Sense 5 will be on top of Android 4.1 or 4.2. I know many of us would much rather the Sense 5 update come with Android 4.2, right? Typically HTC devices have amazing cameras, and using Photo Sphere on them would be great. 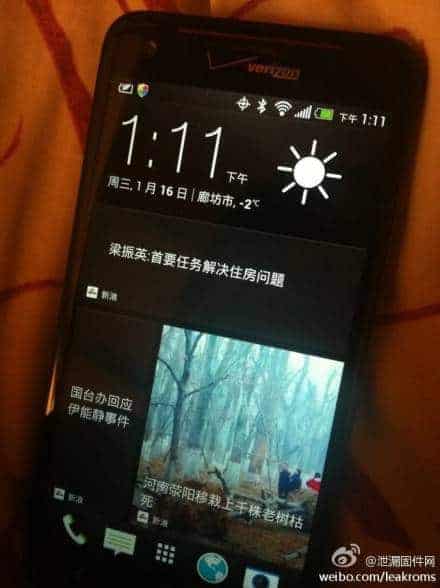 So we should see Sense 5 coming to an HTC device near you soon. I'd suspect that HTC will push Sense 5 to devices like the Droid DNA, One X, One X+, and maybe even the One S (which still hasn't gotten Android 4.1, at least in the US). But we'll be sure to keep you up-to-date with any and all information regarding Sense 5 and updates to current HTC handsets. Since I know everyone's waiting on this update. I hope one of the new features is to allow users to have a stock Android build without Sense, but I doubt that'll happen.

What do you think of Sense 5? Looks better than Sense 4+? Let us know in the comments below.