In Part 1 of this series we looked at the Samsung SAFE Program. We also explored ways in which SAFE is yet another front in the never-ending battle that Samsung is locked in with Apple, and by extension RIM, this time for enterprise and government users.

In Part 2 of this series we explored the effort that Samsung puts into keeping their own brand image and product separated from Google and Android. We also looked at, what I believe is a deep desire on Samsung's part to be in control of their own product, both hardware and software, and how Tizen fits into that picture.

Today in the 3rd and final part of this series we're going to look ahead at some potential hard times that might be on the horizon for Samsung. There will also be 5 predictions at the end, which I think will be a first for Android Headlines.

But before we get to that, I want to address the assumption that some people made based on the title for this series. Too many people in the comments here, on Google+ and in my inbox jumped to the conclusion that downfall means failure. Folks, Palm failed. After their numerous downfalls, RIM seems intent on failure. Samsung will see a downfall in their smartphone business. That doesn't mean failure, that's just not going to happen. 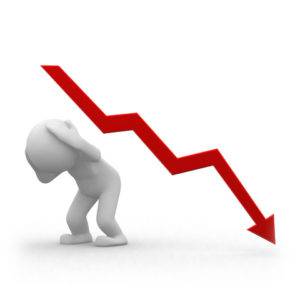 What goes up, eventually comes down
Samsung sits on about 50% of the market share amongst Android OEMs, and that won't last forever. LG, HTC, Sony, Motorola and all of the nascent Android OEMs want a little taste of that pie, and they'll eventually get their collective acts together.

LG, for my money, is the clubhouse leader to steal away the most sales from Samsung. The Nexus 4 will be a nice start, but the real action for LG will come from the Optimus G and its other devices. I don't know if the LG Girl is still around, but if she is she'll have more to crow about in 2013.

And no, the slowdown in the 1st quarter that Samsung just warned investors about isn't the start (or end) of anything. Q1, or January, February, March of every year is the slowest for all electronics manufacturers. Don't read anything into a slide in Sammy's numbers this quarter.

Other OS options could cloud judgement
I've sparked some response from readers that centers around Tizen, with the most common feedback being that Tizen is destined for Samsung devices in developing countries. Well, DoCoMo is a wireless provider that operates in Japan, which is decidedly not a developing country, and they seem to want Tizen.

Samsung also has gotten into the Windows Phone 8 game as well, with high-end, flagship class devices due later this year. Neither Windows Phone or Tizen has appreciable market share at this point, but both offer potential traps for Samsung if they see some quick success.

A quick jump in device sales for these alternate OS devices could cause Samsung to lose a little Android focus, just enough to open the door a little wider for the other Android OEMs. Aside from that, there's also the risk that US carriers like Verizon could decide that Samsung has too much power within their network, and a move to slow Samsung's device introductions to limit their influence over other mobile OS options could have a serious negative impact on sales. 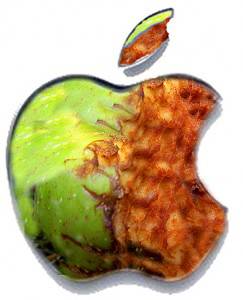 A rotten Apple can spoil the whole bushel
Apple and Samsung are far from finished with their legal assaults on one another. There's already a $1.6 US billion dollar judgement against Samsung, and there are more trials in the US on the near horizon. If Samsung continues the legal losses to Apple, and can't reverse any of them in a substantial manner, that's a huge problem for the future.

There hasn't been an outright, sustained import ban on any Samsung device in the US. Yet. A few more losses at trial and Samsung will be in a much deeper hole the next time they need to make arguments against an import ban. There comes a time when you collect enough losses for patent infringement that people (and judges) begin to see you as guilty until proven innocent.

if Apple can achieve even a temporary emergency import ban in the US on a flagship Samsung device, Samsung will have a very hard time recovering from the black eye that will leave on their image and their brand.

RIM ain't dead yet
Samsung fired the first shot at RIM with their Unicorn Apocalypse ad that's been running on television lately, but RIM hasn't responded yet. RIM can't really do much chest thumping at this point, but their BB10 devices begin rolling Wednesday.

If RIM is smart (and that's actually a very big IF) one of their first ads against the Android juggernaut will be aimed squarely at Samsung. It's easy to pick on the security features of your biggest competitors when it's as simple as saying: "the devices that they certified as SAFE, were never safe from anything thanks to their Exynos vulnerabilities".

Yeah, I know, I'm stupid and I have no earthly idea what the hell I'm talking about. There, now that we're all done with that, let's just all face facts: 2013 and beyond are going to be a real challenge for Samsung. It's always lonely at the top, but it's sure a wild ride getting there.

How they respond to the challenges will seal their fate. Samsung is still in control of their own destiny.

(Not so) Bold Predictions for Samsung in 2013

There you have it.