Today Samsung shocked the world. They announced their new Exynos 5 Octa chip, which is mega powerful! Along with their new flexible OLED displays. While we aren’t in Las Vegas for CES, we do have some hands-on pictures of the prototype device from CES thanks to The Verge which you can see throughout this post. The device that Samsung was showing the flexible OLED display on is of course a nameless prototype, as expected. We aren’t sure when we’ll see this kind of display in Samsung’s new hardware. But it could make it’s way onto the Galaxy S4. 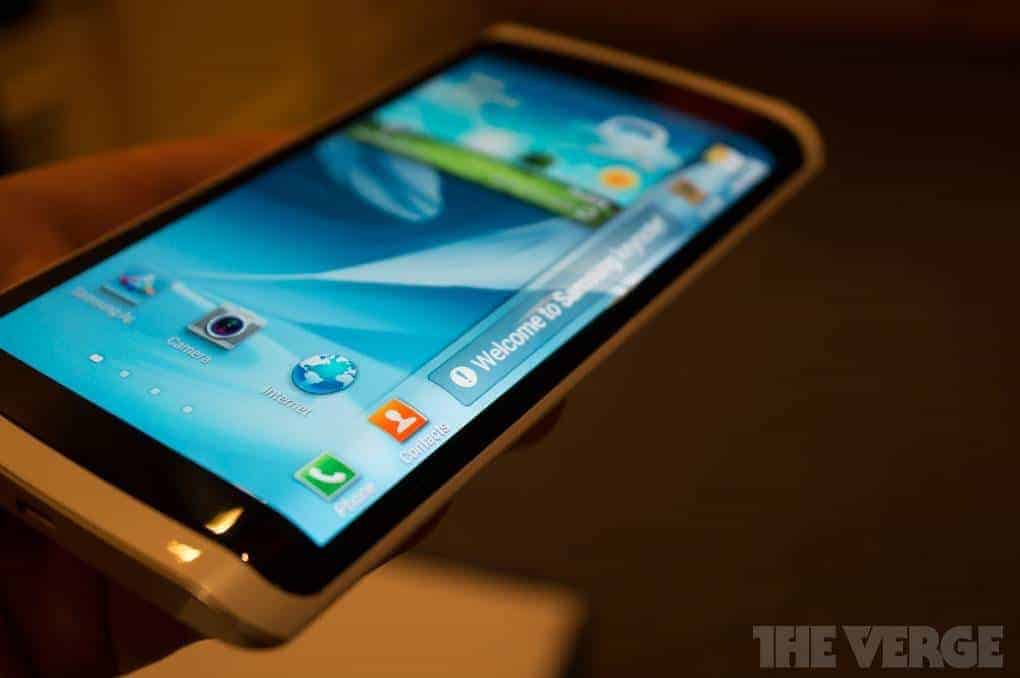 It looks like Samsung hasn’t decided what they want to do with the extra screen space. But right now, on the prototype device, Samsung is using it as a landscape-oriented notification area. The idea here is that you can read text messages, stock tickers, and other notifications from the side of the device, even when there’s a case covering up the display. 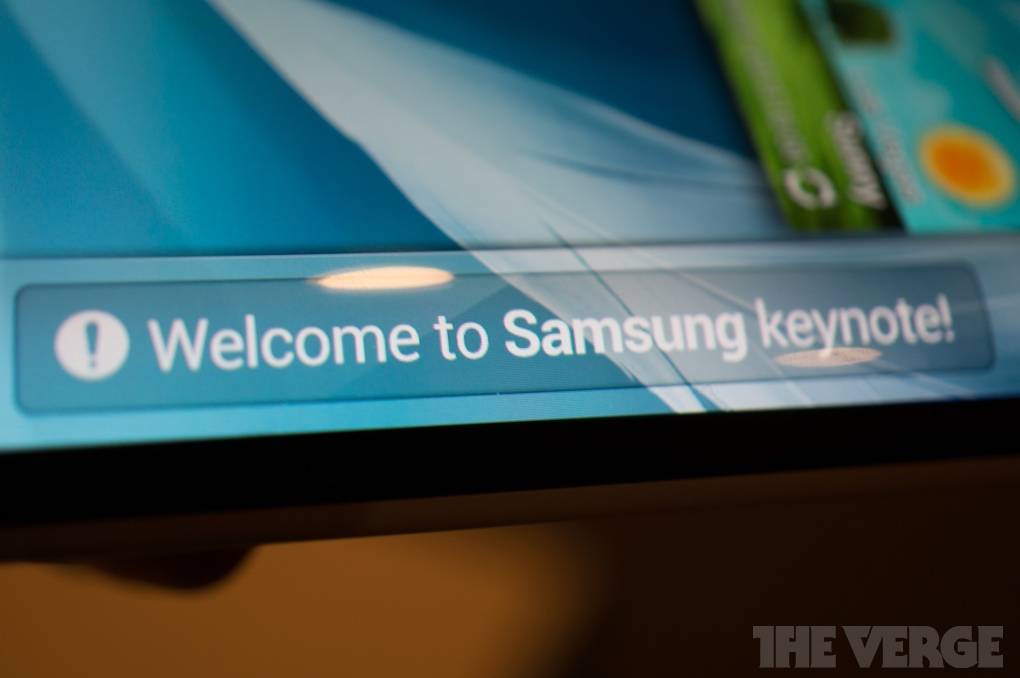 And with any prototype device, representatives were pretty reluctant to give out specs. But they did say that the device is 5-inches with a 16:9 aspect ratio and is close to a 720p resolution. The representatives also did say that this device isn’t quite a phone. As it is lacking a radio, operating system, camera and most other features you’d find in a smartphone. In it’s current state, this prototype is more like a touch-capable digital picture frame that utilizes a low-power processor. The prototype did feel like well a prototype. It’s fairly light and does feel like it’s hollow within. 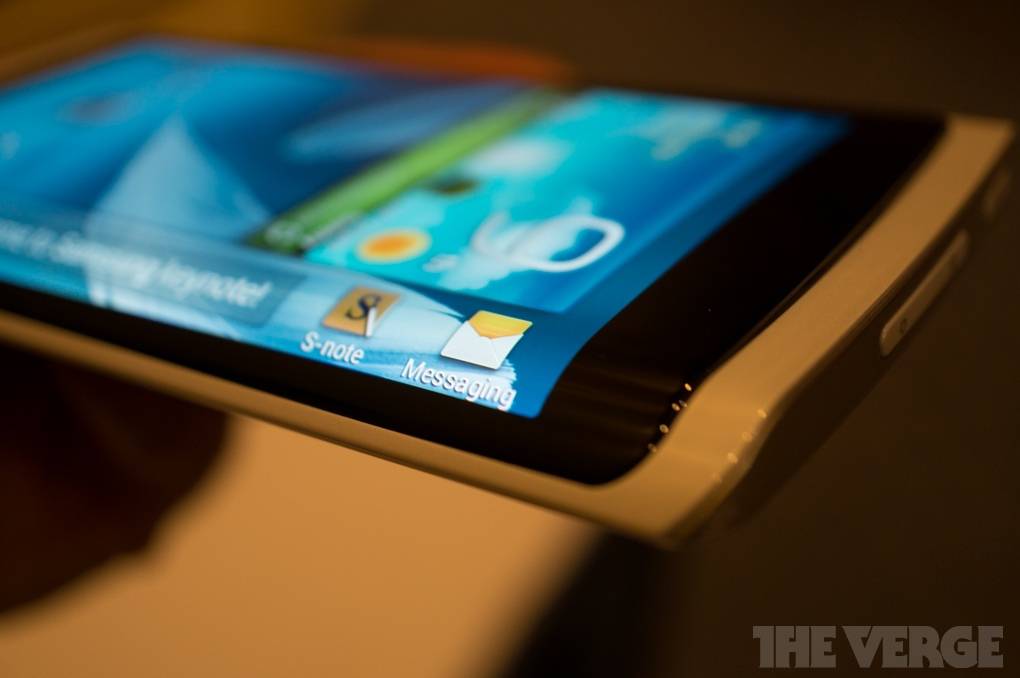 So far we are still pretty skeptical of what Samsung will do with a flexible display. Sure it’d be cool to be able to bend your phone in all different ways, but the rest of your phone won’t bend that way. For instance the battery, processor, RAM, camera, etc., won’t bend. Others are seeing this as making the display more sturdy. I don’t think that’ll work either. But we’ll have to wait for Samsung to bring this flexible OLED display onto mainstream products. Hopefully sometime in 2013.