You remember that Exynos 4 bug we saw break a few weeks ago? Yeah Samsung has just now started pushing out an OTA update to fix that vulnerability. Currently it’s only being pushed out in the UK. But I’m fairly sure it’ll be hitting the rest of the world in the next few days. And probably months before the US Note 2s get their patch from Samsung, thanks to these pesky carriers.

Currently the update is pretty small and there’s no official changelog right now from Samsung. But this update does fix the bug that allows any app to root and therefore gain full access to your Exynos 4 system. Which is a very good thing. The update has been confirmed over at XDA and that the vulnerability is patched with this update.

There also appear to be a few other changes in this update in relation to security. There’s an update to TrustZone, as well as a new bootloader. It’s also being said that this update has a fix for the dreaded Sudden Death bug which has plagued many Galaxy S3’s in recent months. 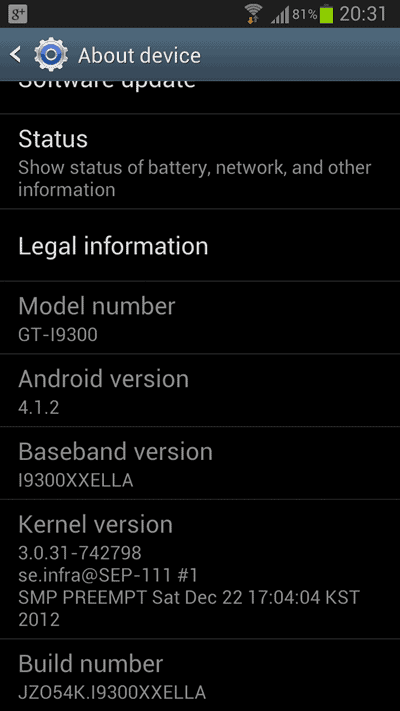 So if you’re in the UK and have a Galaxy S3 or no anyone that does, spam that Check for Updates button. Here’s how you do that:

Continue to do this every so often until you get the update. This is a very important update, not just for the Exynos 4 patch but also for the Sudden Death fix. Once you get the update, let us know how it works out for you and let us know if you’ve found any other changes in this new update. The build is I9300XXELLA as shown in the screenshot above, for those interested in those types of things.

You can check out the XDA thread linked below for more details on this update and what it entails. Hopefully our US carriers won’t hold this update back for to long, but who knows. You’d think they’d push this one out ASAP since it’s a security issue being fixed.