Samsung is definitely looking to continue their growth in 2013, after having a record year in 2012 and becoming the largest smartphone manufacturer passing up Apple. Now obviously the Galaxy S and Galaxy Note lineups have been the key players in Samsung's growth, but you can't count out all the other devices that Samsung has. Including the low-end, and mid-range devices.

Samsung is definitely pushing , they introduced the Galaxy Xcover 2, that rugged mid-range device, last week. The Galaxy Pop we saw emerge yesterday, which is actually not that bad of a device. Earlier today, we also saw the Galaxy Express launch. Isn't that enough? Well the Korean manufacturer doesn't think so.

There's more. According to SamMobile, their sources are claiming that Samsung is prepping eight difference Android handsets for Q1 2013 debuts. That is in addition to the Galaxy s4, which I don't think will be launched in Q1, more than likely it'll be announced in Q2.

The first devices is the GT-B9150, which we've been hearing about since October 2012. This one doesn't yet have a name, but the rumored specs include a 1280×672 resolution, dual-core Exynos 5250 CPU along with Android 4.1 – Jelly Bean. There is also talk that there could be a slide-out QWERTY keyboard, but that's based on the model number and not yet confirmed. The second device is the GT-I8262, also known as the Galaxy Core, which is another mid-range device that should be expected to hit the market in March. It's already in China as the Galaxy Duos, it'll sport a 4.3-inch 480×800 display, 1.2GHz dual-core CPU, 768MB RAM, and a 5MP shooter on the back.

Up next we have the Galaxy Fonblet 5.8 and 6.3. We don't have many details on these two devices, but you should expect some high-end specs for these two. Or in the least, mid-range. The model numbers are the GT-I9150 and the GT-I9152. 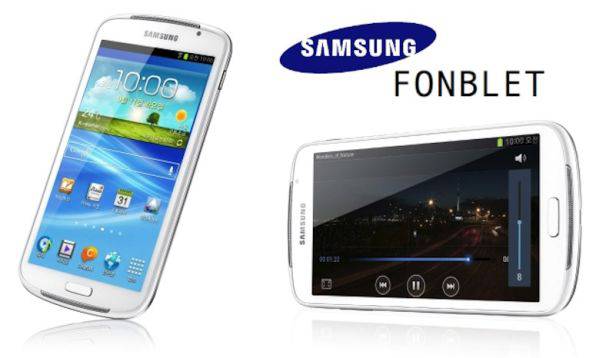 That's a lot of devices. Anyone taking bets on how many of these actually make it to the US? Let us know in the comments your thoughts on which of these devices will be heading to the US.