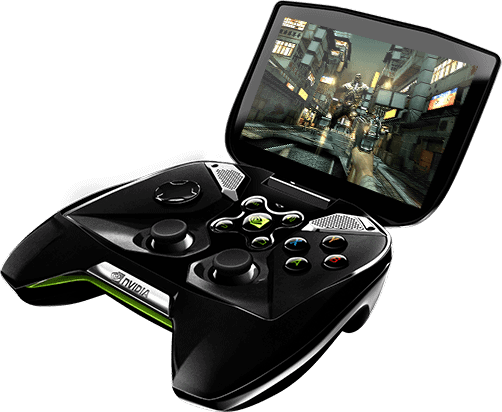 If you haven't heard of it yet, Nvidia unveiled their Project Shield Android gaming platform yesterday. In a nutshell, this is a dedicated portable gaming console running Android Jelly Bean with a 5" 720p "retinal" (Christ, I hate that word) display and mighty Tegra 4 chip. Our man Alex covered the release details yesterday if you'd like a more in-depth look at what all Project Shield is. Well, he covered everything but the price, because those details weren't released.

Nvidia still isn't talking about how much Project Shield will cost when released, but in a blog post last night Nvidia Senior Vice President Tony Tamasi began the sticker shock softening up process:

The business model that stems from this means we'll make our money by selling the device to gamers. (And we hope, by the way, that they'll love it.)

What does that mean? That means that Project Shield is going to be expensive. Console gaming and your subsidized Android device have a lot in common. Your carrier sold you your device at a loss, and uses their extortionate fees to more than cover the money that they fronted to get you to sign a 2 year contract. Whether you buy an Xbox, a Playstation or a Wii U you're buying a subsidized gaming console that Microsoft, Sony or Nintendo will profit on as you buy games. The same loss leader model holds for the Playstation Vita and Nintendo 3DS/3DS XL. They'll make up their loss on software sales.

Nvidia just stated in crystal clear terms that they aren't going down that path. Where software published for your traditional gaming console provides royalties for the console developer, Nvidia doesn't have the option to extract a share of each game sold on Google Play, and their Project Shield comes pre-loaded with the Play Store.

Nvidia does sell games directly their Tegra Zone game store, which will also come as pre-installed useful add-on software, but clearly they know that they can't count on sales from Tegra Zone to cover selling Project Shield at a loss. Unlike games for your Xbox or Wii U, Nvidia didn't lock you into only playing games bought through their store. They have to make their money up front.

Do you want one? I know that I might. I have some issues with the appearance of the recessed gaming controls that are set in so far to allow for the screen to close. It doesn't look like it will be comfortable to play for extended periods of time, but I could be wrong. It might be a well-balanced, lightweight piece of Android gaming perfection. But am I willing to pay $300 to have one? How about $400? Would I go $500?

My comfort zone is going to be somewhere in the $350 range for this device. I've just bought the new Wii U and 3DS XL, and Xbox Next will be available later this year. Rumor is that the new Xbox is going to be in the $400 range. Is there room in my life for Nvidia in the traditional game console price range?

After reading the Nvidia price warning blog post, I've gone from the absolute maybe category to the perhaps I'll think about it camp. I have a really nice Android phone that plays games, and a nice MOGA controller that adds in the joysticks. And the newly announced MOGA Pro has dual triggers too. There's no pricing information available for that either, but I'm a buyer.