Every year at CES, Intel has a new chip to show us or, some more stats and figures for us to run over and see what the deal is. Intel have done this for the last few years now and it was beginning to look like they weren’t going to deliver a mobile processor based on the x86 architecture we know and love from PCs and Laptops but, last year they finally did it. While it was hardly the year that Intel would have hoped for it wasn’t a bad year by any means. A number of devices using Intel’s single-core Atom hit the market, mostly in Europe and emerging markets like India.The “big noise” from Intel this year was their new platform, dubbed Lexington, that is targeting the emerging-markets as well. It certainly seems strange that Intel would be happy to target a less expensive market, especially when you consider their “ultrabook” strategy.

Low-end wasn’t all that Intel’s been up to when it comes to mobile chips though as the chip giant had some pretty impressive chips to sell to Lenovo, which they’ve used to good effect in their new K900 device. Not only is Lenovo’s latest and greatest a good-looking device, indeed but, it comes fully packed with the latest in mobile tech. Take a  look at the specs to see for yourself: 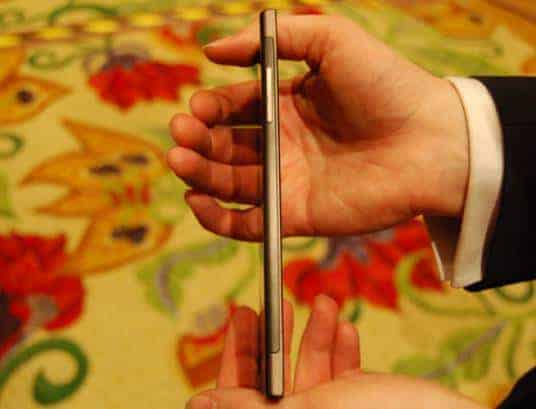 The headlining feature here is that this smartphone has a clock speed of 2.0 Ghz from its dual-core Atom processor. A lot of the time, Intel’s mobile processors were put down due to performance, power-efficiency etc but, last year the single-core devices were found to either keep up with or best the current dual-core ARM processors on the market. This time around, it seems no different and Intel’s new dual-core chip seems to be blowing away the competition when it comes to benchmarks on Android. 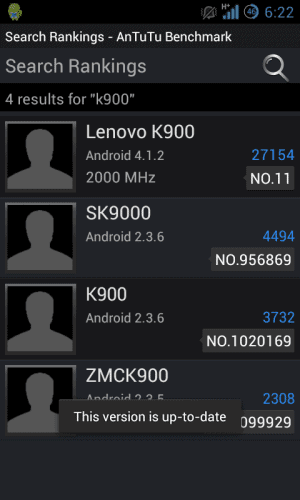 The lucky few that managed to get AnTuTu installed and running on the K900 were greeted by some stellar benchmarking results. Most of the results were around the 25,000 mark with one of the highest being in the low 27,000s, of course these are just numbers but, to put them in perspective the Droid DNA with its Quad-Core Snapdragon S4 Pro only gets around 14,000. These sort of numbers are also higher than what we see from the Galaxy Note II and it’s quad-core 1.6 Ghz Exynos 4412 and that phone is fast. Pretty impressive stuff, right? Well, yes and no – as well all know by now, benchmarks are by no way an accurate representation of how well a devce will perform overall and the phone hasn’t been released yet so, these could be faked or tweaked somehow. Nevertheless, when the K900 does launch there will be a lot of info on the device concerning benchmarks and tests.

It’s starting to look like Intel might have a way in to the mobile market and Android if they push this sort of performance, there’s no risk of ARM-based applications not running either and at clock speeds like this, it’s hard to say no. Do you want your next phone to have Intel Inside?