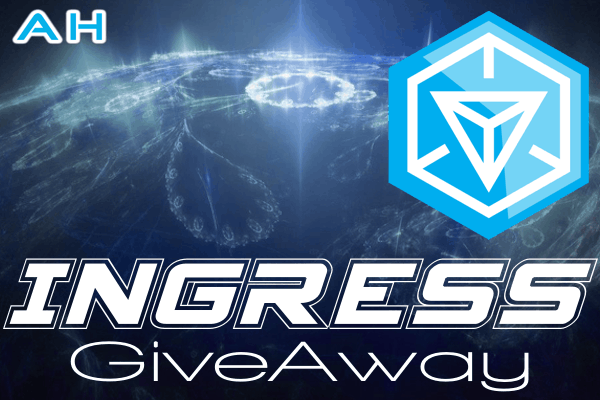 Here we go with even more invites. That's right. We still have more to giveaway. Now if you don't know what Ingress is, where have you been? It's been a very hot topic all over the interwebs for the past two months. But it's basically a new game from Google. In its simplest terms, a way for Google to get more and better map data. You are basically going around keeping the enlightened from taking over, or vice versa if you're on the enlightened faction. This is a pretty good game, but it is a team game. And if you're playing by yourself, you're missing it.

So how do you enter? Well there are many ways. First, just enter your name and email address or login with Facebook in the widget below. That'll give you one entry. After that, every additional item you complete will give you another entry. And sharing the personalized link the widget gives you, on Facebook, Twitter, Google+, everywhere will give you another entry for every person that clicks that link. It's just that simple. So who's ready?

This time we're are changing up the question for the comments below. Instead of asking which faction you want to be a part of. We'll be asking:

"Why should Android Headlines give you an invite?"

The contest will run now through next Sunday, January 20th. That should give you plenty of time to get lots of entries into this giveaway. So good luck to everyone.

Advertisement
Update: Here are the winners
Advertisement
Trusted By Millions
Independent, Expert Android News You Can Trust, Since 2010
Publishing More Android Than Anyone Else
0
Today
253
This Week
254
This Month
4999
This Year
106474
All Time
Advertisement