Even though, CES just ended, and was pretty lackluster this year, it looks like everyone is starting to gear up for the Mobile World Congress. Then again, MWC is in February which is right around the corner.

We expect to see more game-changers at the MWC as manufacturers are expected to reveal a lot of flagship devices there. At least we hope that's the case because CES was pretty much a letdown this year concerning the mobile market.

Huawei took the time to send out invitations for their premier event at MWC. As you may already know, they are responsible for that 6.1-inch beast, the Ascend Mate. They certainly made an interesting impression at CES this year by showing off the Ascend D2, Ascend Mate and the Ascend W1, which just so happens to be powered by Windows Phone 8 (you can boo, I'll wait). So it will be fascinating to see what they have up their sleeves for MWC this year because more product unveils are on the horizon.

Unfortunately, Huawei actually has no stopping power outside the Chinese market currently. It's possible this new product line will change all of that, and I'm willing to bet that's just what everyone at Huawei is hoping for.

The MWC is taking place in Barcelona this year on February, 24th. In the invitation Huawei explicitly mentions that they are going to introduce, "new products, performance goals and possibilities for the year ahead." 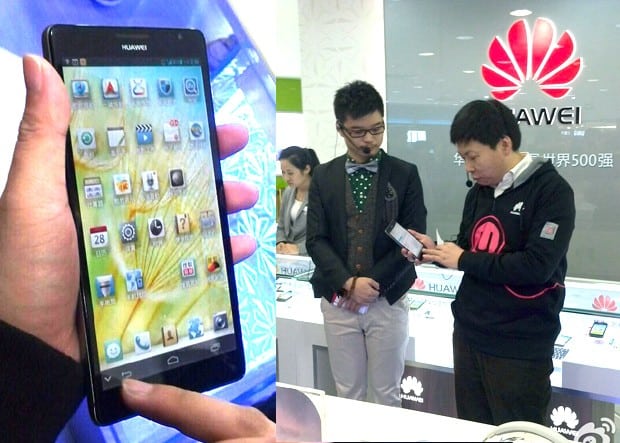 I've been eyeing the Huawei Ascend Mate ever since it cropped up on my radar. Although the battery life is probably questionable, even with a 4050mAh battery, the 6.1" screen is particularly appealing. Of course, the device also has a lovely set of tech specs to go along with that massive screen.

In addition, the Ascend Mate also makes use of on-screen buttons much like Motorola is now doing in their latest devices.

Right now we have no U.S. release date for the handset, nor do we have a price. Although, Huawei announced earlier this month that the Ascend Mate will make its way out to consumers in China sometime in February. Hopefully, we will see a U.S. launch not long after that. I rarely go for devices that have a high import possibility, meaning they may never come to U.S. soil, but again, that screen just does something for me.

We'll have more for you around February 24th, when MWC gets underway, so stay tuned here at Android Headlines!

What do you guys think of the Ascend Mate? Am I the only one interested in that massive 6.1-inch beast? Let's spark up a discussion about this baby, and future Huawei devices, in the comments below!