Are you ready to hear from a very confident man? If you are then prepare for some hard-talking from Huawei's head of Consumer Electronics, Richard Yu. The Verge got a chance to speak with someone high-up at Huawei and some of his responses were bold, very bold, indeed. For a company like Huawei to come to CES and try their very best to steal the limelight from Sony and pre-empt what HTC will be doing at MWC in February and Samsung in the Spring is interesting and it shows that there is more competition out there than we first thought. The whole interview is a great read but, below we're going to run through some of the best parts of the sit down.

"The best smartphone is from Huawei. Not from our competitors." 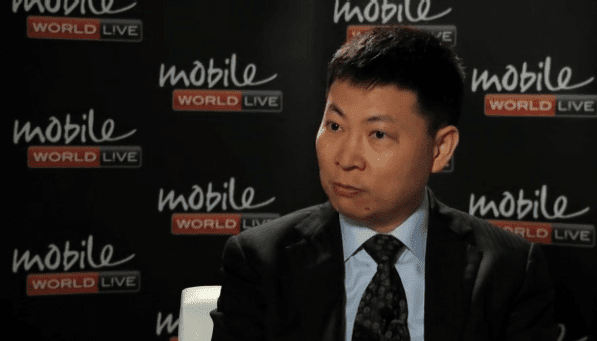 That might sound like a funny statement for an excutive of a company to come out with but, Huawei firmly believe that their smartphone offerings are as good as, if not the best offerings out there right now. Belief like that is something that could land them in difficulties but, a team that can dare to dream is one that could also go far. At this year's CES the Chinese company unveiled two new smartphones, the Ascend D2 and the whopping 6.1-inch Ascend Mate. Both phones are devices that will turn heads, they might not have the same industrial design from HTC or the "natural" lines of Samsung's best but, they don't look cheap and they don't look like budget offerings from the manufacturer.

There's no denying that Huawei have been – and still are – known for delivering budget-cost handsets that leave a lot to be desired but, the company is very much looking to change that and want to be recognized as the big-dog players that they can be. Speaking about the mobile market leaders, Samsung and Apple, he had this to say:

It's certainly a high bar to aim for, with Samsung posting record profits of $8.3 Billion for Q4 of 2012 alone, it's clear that they are not only the dominate force in the Android market but, sadly, perhaps the only one that matters to Apple. Speaking of Android, it's Google's platform that Huawei – and most other mobile phone manufacturers – are relying on to bring them into the high-end and they plan on doing it with a sophisticated approach to software and not just hardware. Yu says that the team at Huawei put a "European" feel into their software design.

The Ascend Mate and it's gigantic 6.1-inch display has a lot of the media at CES scratching their heads and asking themselves "why?". Well, Mr Yu has no trouble with the size of the phone and went on to suggest that the curved back makes the device "more comfortable than the Galaxy Note." Richard Yu of Huawei seems to think that this new size is really quite innovative and had this to say about past visionaries such as Steve Jobs:

"Steve Jobs is gone. Now there is a lack of innovation." and that Huawei did not need a Steve Jobs of their own, instead stating: "We're a team. We're one people."