For those that are new to Android, each manufacturer has their own skin they throw on top of stock Android which they get from Google. Motorola has what used to be called MotoBlur (not sure what they are calling it now), Samsung has Touchwiz, and HTC has Sense. In Sense 4, which was announced at Mobile World Congress last year, HTC really scaled back the skin. I actually really liked the changes, but I’ve always been a big fan of HTC and Sense. With the HTC One X+, HTC introduced the next iteration of Sense, Sense 4+. Which had some minor differences, nothing to big. But now with the rumored HTC M7 coming soon, it’s coming with Sense 5. Which again has been scaled back. The new UI is supposed to be “simple and clean” and boy I hope so. HTC makes some great devices, but then throws Sense on there and doesn’t push out updates in a reasonable amount of time. 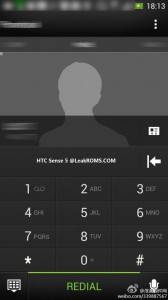 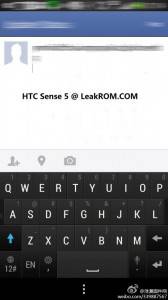 The images you see above are leaks of the dialer and keyboard in Sense 5. And I have to say, so far they do look pretty simple and clean. Now the confusing thing here is why is this leaking now? Wouldn’t that mean something’s coming at CES? Yet HTC doesn’t have a press conference scheduled for CES. If this is going to be their flagship device, you’d think they were going to have a huge press conference in Vegas. It’s odd but my bets are still on seeing the latest from HTC at Mobile World Congress in February. The leaked specs for the HTC M7 currently are:

It’s got some pretty good specs, although it’s not yet confirmed. And if the rest of Sense 5 looks as simple and clean as the screenshots above, I think HTC might have a real winner on their hands. The only problem at that point is what carrier will it be on? I still don’t think HTC has what it takes to push this device to every carrier and have it launch nearly all at the same time like Samsung did with the Galaxy S3 and Galaxy Note 2.

Who’s excited for the HTC M7? Every leak just keeps making this phone juicier and juicier! Let us know what you think of the M7 in the comments below.