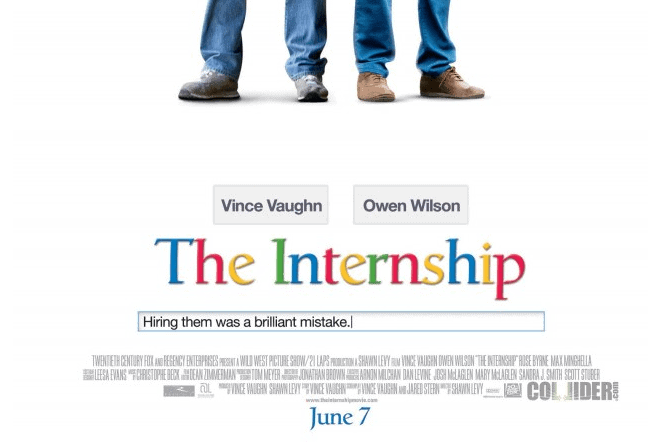 Back in September, we first posted about this movie starring Vince Vaughn and Owen Wilson. Well Shawn Levy, the guy behind Real steel, is wrapping up shooting on this new movie called The Internship, which stars the dynamic duo of Vince Vaughn and Owen Wilson. In The Internship, the two play as two out of work salesman, instead of crashing weddings, looking for work from one of the best employers in the world….Google. Honestly, who wouldn't want to work at Google? Or better yet, work on Android in Mountain View.

Here's the general gist of The Internship:

Billy (Vince Vaughn) and Nick (Owen Wilson) are salesmen whose careers have been torpedoed by the digital world. Trying to prove they are not obsolete, they defy the odds by talking their way into a coveted internship at Google, along with a battalion of brilliant college students. But, gaining entrance to this utopia is only half the battle. Now they must compete with a group of the nation's most elite, tech-savvy geniuses to prove that necessity really is the mother of re-invention.

Back in July, Google welcomed the entire production to the Googleplex, and now it looks like the movie will be hitting theaters on June 7th. As the movie poster above shows. This movie looks like it'll be a pretty funny one, especially since Vince Vaughn and Owen Wilson are always good for a few laughs. The Internship is directed by Shawn Levy and written by Vince Vaughn and Jared Stern. This should be a good one.

Who's going to be lining up on June 7th to see this movie at their favorite theater? I know I'm pretty excited to see it, it should be pretty funny, and kinda play right into any Google or Android fanboys mind. As I know many of us would love to work at Google. Let us know if you'll be watching this one, in the comments down below.