Every so often there are sports that we want to play that aren't too easy to go out and play. One of those is Disc Golf, a fun sport that challenges your Frisbee skills and tasks you to play a Golf-like game. There are more people than ever signing up to play the sport but depending on where you're located it might be difficult to find somewhere with the right equipment to do so. This is where we turn to games and there's one such game out there that can help us play all the Disc Golf we want…virtually, of course. Read on to see if Around the Rock will satisfy your need to play Disc Golf wherever and whenever.

Description: Around the Rock is a Disc Golf game that brings all the elements of the game to Android in a fun, arcade style. It's the best simulation of Disc Golf on the go that you can get access to and with some sweet-looking 3D graphics and a 3D physics engine that is only getting better all the time. There's a practice mode and a tournament to put your skills to the test. Around the Rock is built and designed by Disc Golfers so, this is perhaps the most authentic experience you're going to get on the go.

How it Works: To get your hands on the game, just head over to the Play Store and download the game. After you've got the game installed you'll see the main menu: 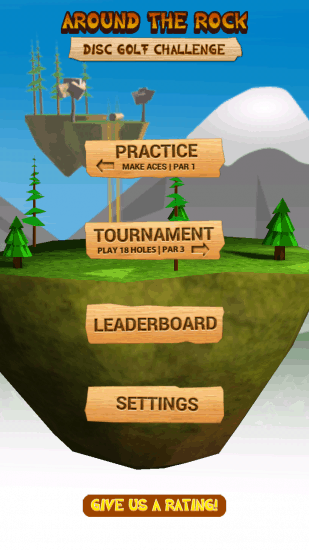 As you can see there are two main modes to the app, Practice and Tournament. Of course, it's a good idea to get started with the Practice sessions so let's do that now. When you load the Practice mode up the game will tell you the controls right away: 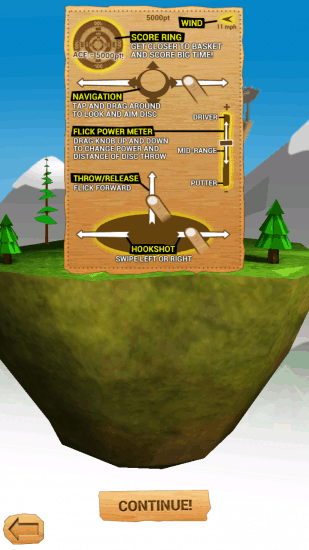 The controls are pretty easy to figure out and for the most part all you have to remember to do is check the wind speed and adjust the disc power on the right and then throw it! You've got to watch out though, the game loves to put obstacles in your way on the courses. To line up your shot you have to move the navigation ring at the top of the screen, when you let go of the knob in your desired position on the power slider, you'll see a predicted trail of where the disc is going to go once you've thrown: 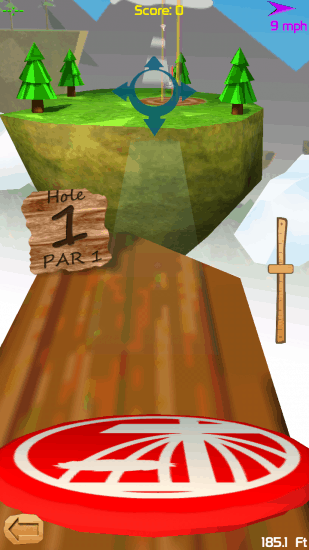 Once you aim and then throw, you'll get a bird's eye view of the course your throw is taking an at the end of it there's a score ring, depending on where you land, the more or less points you'll get: 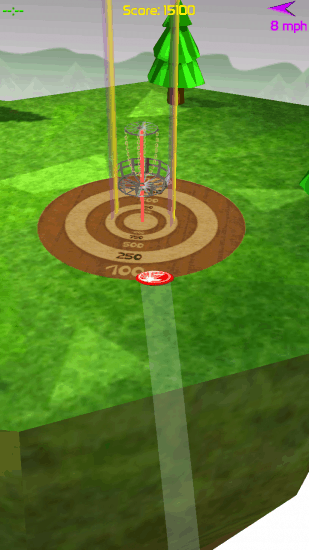 Of course, what you really want to get is an ace! 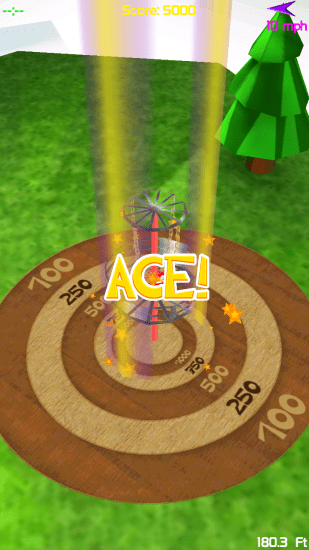 Practice is one thing, what you really want to do is take a look at the tournaments, there are a couple of courses to choose from and hopefully some more coming soon: 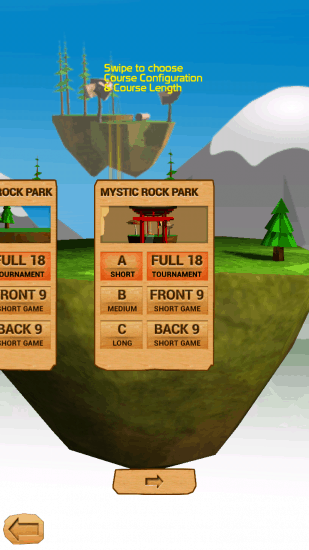 When you play in tournament mode you'll notice some added difficulties and using your head a little more is going to help. Go ahead and try your hand in the tournaments!

Opinion: This is going to sound a little strange but the first time I was exposed to Disc Golf was a segment on TV and ever since then I've been curious. There are more places to play the sport than ever before but, just like big name games like FIFA, playing a video game is enough to satisfy your cravings until you can get back to the course. I found the game a lot of fun and the wind speeds added a real challenge to the game, the crazy courses are cool as well. It's definitely a game I would have no trouble recommending to others. 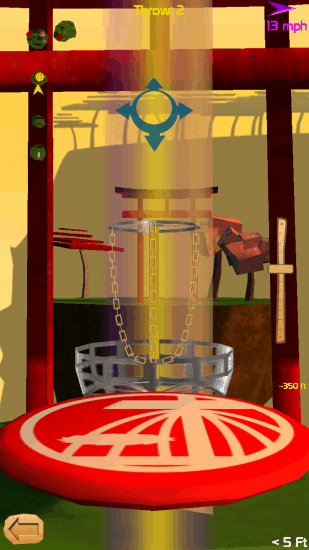 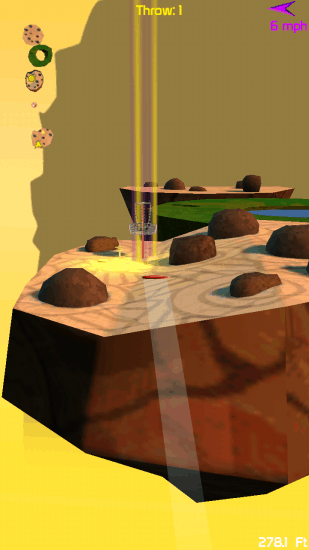 Conclusion:  I really enjoyed the time I spent with the game and Around the Rock is something I have no problems in recommending to others. If you're new to Disc Golf or not doesn't matter with a game like this, it's got a great arcade-type feel to it and it's a lot of fun regardless of your grasp on the sport. However, those that live and breathe Disc Golf might have more fun with the game as it could settle your cravings when you're away from the course. What's really great about the game that the little ones will have little problem picking up the game and it will become something to play with the kids. Follow the link below to get your hands on the game. The developers behind the game are a hardworking bunch and this is one game that you might see on the Ouya later this year!