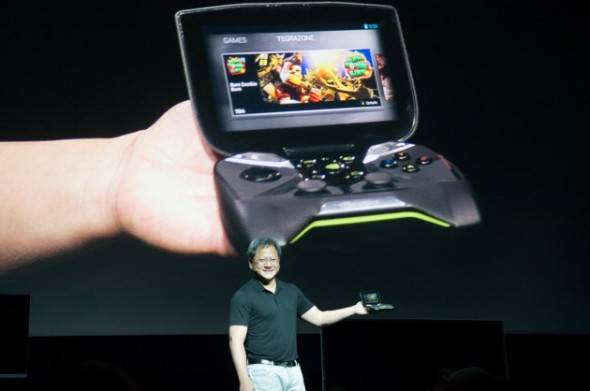 Every year CES brings something a little bit crazy and Nvidia are often the company to help in that regard and with Project Shield they've not disappointed. The portable gaming console from Nvidia has a lot going for it and aspires to some lofty ambitions, the company is always pushing the envelope of gaming and with Project Shield it looks like they're ready to bring all of it together, in one device. Here at Android Headlines, the staff know me as the slightly eccentric PC gamer who is fussy about keyboard and mice. I have a pretty nice gaming rig – considering my not-so-crazy budget – and I've got the right mouse, mat and a mechanical keyboard to boot. For a long time I've been a heavy Xbox gamer but this past year or so I've rekindled my love for the PC and I can barely tear myself away from it. If I'm so big on physical controls and high-quality gaming then why does a portable console excite me at all? Read on to find out why Project Shield has piqued my interest. 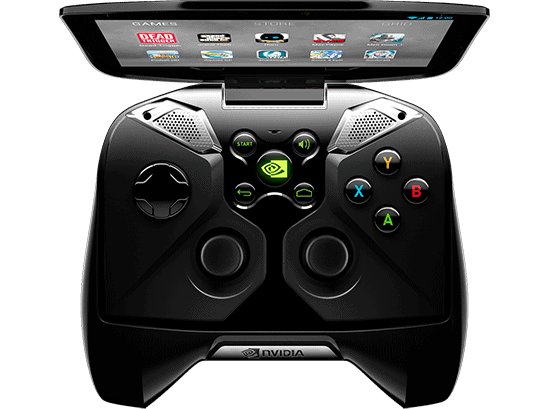 Project Shield – to me – looks as if Razer's Onza controller for the Xbox had a love child with an original Xbox controller, with a little Galaxy Note mixed in for good measure. The brilliant combination of the new quad-core Tegra 4, a 5-inch 720p display, quality hardware controls and massive battery life all make for a gamer's dream device. Not to mention audio processing that Nvidia promises to best Beats Audio and a 33Wh battery good for 5 – 10 hours of solid gaming. Physical controls are something that a lot of gamers can't do without – there's a reason the MOGA is proving to be popular – they make gaming better. A lot of you reading this will more than likely disagree and suggest that touchscreen controls aren't nearly that bad but, if you spend time gaming through a mouse and keyboard or a controller, giving up that tactile feel is a hard thing to do.

Thanks to the Tegra 4 at the heart of all it should be more than capable of handling the best looking Android games out there and streaming from a PC should be smooth as well. Being able to game for so long on the go – or even on the couch – is a big boon as Nintendo's 3DS (and the 3DS XL to some extent) was plagued by poor battery life  – I know, because when on the commute back and forth in my old job, I would always be seeing that red light as I played through Street Fighter IV.

The Best of Everything 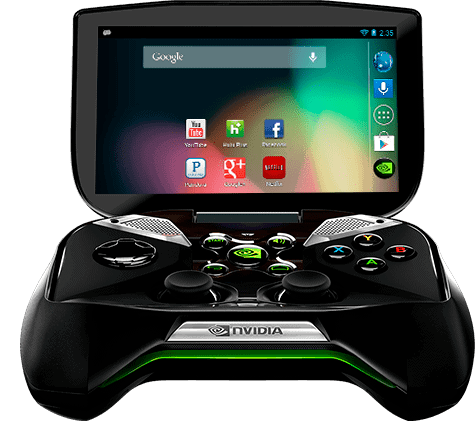 That image right there is a crazy portable games console running stock Android. That sentence in and of itself is pretty awesome, people have tried the whole Android and gaming console mash up before – remember the Xperia Play – but none have delivered such natural integration as Project Shield. While the Xperia Play may have had access to the Tegra Zone, it was Sony's device more than anything. Nvidia's entry into the scene however, doesn't care who it belongs to and holds no allegiances that will get in your way, sure, the Tegra Zone is going to be pushed by Nvidia but with full access to the Play Store there's no stopping you from playing whatever game you want.

Let's not forget that Project Shield comes with the ability to stream your games from a PC on the same WiFi network – with a GTX 650 card and above – including games from your Steam library. Steam is the future of game distribution and anyone who says otherwise hasn't spent a lot of time with it, outside of the awesome sales they do there is a stellar catalogue of top-tier games, without leaving Indie devs behind. The ability to play whatever Android game you like, backed up with the power to tap into your Steam library is pretty awesome, I have a lot of games in my Steam library – and it's only growing – and I'm sure many of you out there, like myself, don't want to sit at your desk all the time to play your games. The draw of portable consoles for many is not actually taking them anywhere but being able to game in comfort, if I can play Civilization from the couch with this, then I'm game.

There's no denying that the PS:Vita is the best handheld from Sony yet, and the hardware on offer is pretty stunning. The same can be said of the 3DS – while not quite as powerful – and it's 3D display. Both of them are great options for gaming on the go but, portable gaming that relies on outdated models like these two do is dying. Not only is it more difficult to get your games on these platforms, it's also more expensive. Why should I pay upwards of $20 for a 3DS or PS: Vita title when I can get one of comparable quality and polish for less than half on my smartphone or tablet? The answer has long been hardware controls. To get the tactile feel of controller you often had to sacrifice a few things, like being able to do something other than gaming – I know the Vita has apps and the 3DS a web browser but, they're far from feature-complete – with Project Shield you get it all.

There's no need to throw your eggs in Sony's basket or Nintendo's when it comes to Nvidia's greatest, if it's on Android – play it as you would on a Vita or a 3DS. Nobody can say Shield won't have games at launch – which is still a problem for the Vita – as it's got all the games you could want.

I'm hoping that Project Shield is the model for all portable consoles going forward, I have nothing against Nintendo or Sony – in fact I was a big Nintendo fan back in the day – but exclusivity is an old game. The whole idea of games is to get as many people to play them as possible, Mario is awesome, Killzone is a lot of fun and yet they are only a few ways I can enjoy those games – neither of which I own. Sega realized that to survive as a brand it might make more sense to focus on the games and bow out of the console race. While they might have thrown in the towel too early, Sony and Nintendo need to throw in their lot with Android and maybe Mario's face might be as popular as the Angry Birds' feathers are right now.

Project Shield has only been confirmed for release in US and Canada for the second quarter of this year and there's no word on pricing either but, I'm already sold. I was sold on the 3DS but sold it soon after, because it was superfluous, the same was true of a PS: Vita I bought. Outdated models are not only expensive but prohibitive, all I want to do is play as many games as possible and the Vita, nor the 3DS, allow me to do that like Project Shield can.