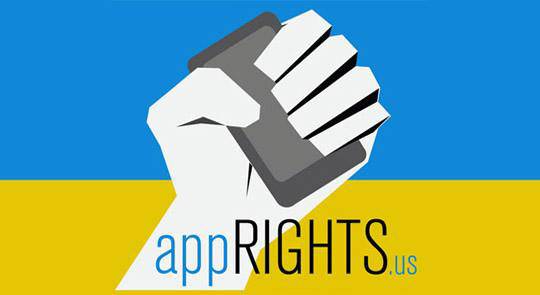 Another day, another stupid idea from one of the jackals in the United States Congress.

You'd think these guys would have enough to worry about. I mean, the US finds itself in the same predicament as most of the rest of the world does: crushing debt. There's no viable proposal to fix that. Nobody is seriously talking about the fiscal cliff can that this most astute body of elected legislators kicked down the road for another day. No, we're not going to deal with those pressing issues, we're going to create a law that the Justice Department won't even bother to enforce.

US Rep Hank Johnson (D-GA) has published a draft bill he's coined as The Application Privacy, Protection and Security Act of 2013 that aims to "address the public's growing concern with data collection on mobile devices". Its intent is to force app developers to disclose what information they collect, how they use and store that data, and to ultimately allow the end-user to opt-out of the data collection and storage by deleting their content from the service.

Congressman Johnson apparently takes the privacy of app users seriously, as he's created his own online initiative called AppRights, but is yet another privacy related law the answer? How about we enforce a few of the laws that already exist to protect the privacy of people, in the collection, storage and loss of that information? Wouldn't that be the better course of action?

It's true: there are some people who are too gullible and unsuspecting to look out for their own best interests. For better or worse, there are those with that rosy outlook on life and they just don't seem interested in contemplating the ramifications of the misplaced trust that they place in apps just because they're offered on an official app store. But a new law is redundant given the state of currently enacted laws that exist.

I don't mean to make light of privacy concerns, I really don't. I believe that the parties that control access that app developers have to the sheep should step up and police their own ecosystems. Apple certainly tries, but they've fallen short of the mark in the past. Google plays lip service to the notion of policing their Play Store for bad actors, but the facts suggest that they have work to do.

It's a perfect example of an opportunity for the market to decide the outcome, but that's apparently not how this is going to work. Nope, we're going to get another law that the Justice Department won't even try to enforce, as they seem to be busy driving young hackers to suicide over the threat of life in prison for computer crimes and copyright violations.