MediaFire Launches in the Play Store

Now you can access your 50GB of free storage from MediaFire straight from your tablet or phone thanks to their new app which just launched on the Play Store today. Grab it from the Play Store now.

Jelly Bean is finally on its way to the LG Optimus G. But right now its only available for customers on SK Telecom in South Korea. Should be hitting the US very soon.

Today, ABC launched the official Oscars app into the Play Store. It includes information on all the nominees, your picks and a backstage pass to the awards. Grab it on the Play Store now.

ASUS UK Puts the Nexus 7 Dock up For Order

That long awaited Nexus 7 dock is coming…..who knows when though. But it went up for sale on ASUS UK's website, well kinda, today. It was on sale for £24.99. Hopefully we'll see it hit other parts of the world soon.

Simple Banking app is now available on the Google Play Store. It's a great looking app too. You're going to love the app. You can grab it on the Play Store now.

Huawei's Ascend D2 which was announced at CES last week, is now available in China. Well the dual-SIM version is, and it's on sale for $640 starting tomorrow. Not a bad price for a 5-inch, 1080p device. 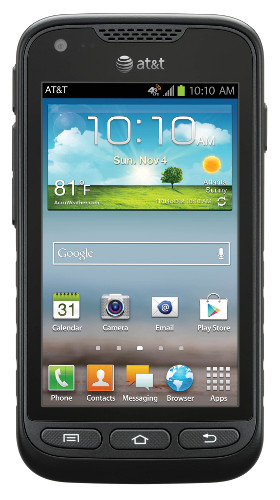 Today, AT&T's Galaxy Rugby Pro started getting its OTA update to Android 4.1 – Jelly Bean. Samsung is really doing a great job in getting their devices updated much quicker than in the past.

Advertisement
Trusted By Millions
Independent, Expert Android News You Can Trust, Since 2010
Publishing More Android Than Anyone Else
32
Today
145
This Week
390
This Month
1038
This Year
102517
All Time
Advertisement