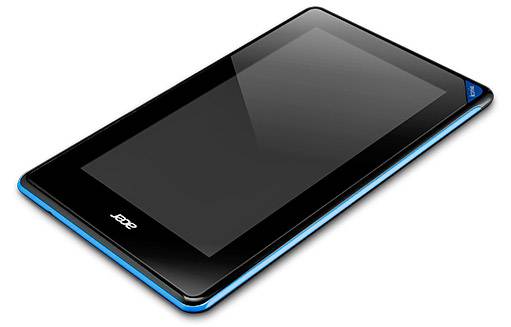 We've been hearing whispers about Acer bringing a new 7-inch Android tablet to market through a budget-minded offering in the from of the Iconia B1 and while that's nothing too special, it's good to see other manufacturers getting in on the 7-inch market. Android tablets have often had cheaper offerings from lots of different manufacturers but they've always left a lot to be desired, that is until, the Nexus 7 came along. Starting at just $199 the Nexus 7 took all the thunder out of the original Kindle Fire and quickly made it difficult for anyone else to sell 7-inch Android tablets in quantities. Selling the device at cost, Google and ASUS certainly made a big splash in the tablet space and it looks like it's going to carry on that pace for some time to come.

With the Iconia B1 – now known as simply the Iconia B – Acer seem ready to take on the Nexus 7 with a new, lower price. Not only that, but they seem intent to tackle the Nexus 7 on its availability as well, by launching in regions where the Google Tablet isn't readily available, as it is here in the West. The Iconia B will be launching with the following specs:

So, it's clear that the Iconia B isn't going to be stealing limelight from the Nexus 7, especially not with a MediaTek processor but, where it might succeed is its pricing. Priced at just $147 (7, 999 INR) in India it beats the Nexus 7's pricing and should do well in the region. India is a place where Android and mobile technology is taking off at a fast pace, for Acer to launch there is a clever move, indeed. India already has some hope of getting affordable tablets onto shelves with the Aakash line but, Acer is a well-known brand and will carry instant recognition. The Iconia B should be launching in other regions as well and it'd be interesting to see if it makes it to the States. While the tablet itself might not be fantastic to use it has the benefit of being affordable without neccesarily coming across as "cheap". Or at least. that's what we hope.