We have some pretty hardcore gamers here at androidheadlines. Only a handful of us enjoy games on android, but it’s safe to say that everyone is pretty excited about the launch of the OUYA Android game console this year. After many stories and leaks, images, videos and interviews, the OUYA is nearly here. In the wake of the imminent launch, here’s a little set of 15 upcoming games that might strike your fancy.

First up is Roboto. It was awarded game of the week on itunes, however it didn’t do largely as well on the play store. That could all change however with its appearance on the OUYA console and after watching the video I have to say that I’m kind of excited it’ll be coming. It seems like a well-developed game and looks fun.

Everyone loves a good shooter. If you grew up with an Atari, NES, SNES, etc. you know games like galaga, contra, and bullet hell shooter types helped pave the way for some modern stuff today. The devs behind this title (Hashbang Games) decided that throwing all these elements together was a great idea, and I agree, they did however tweak with the styles a bit by updating the graphics and such. Although the game started out on kickstarter and failed, Hashbang Games isn’t giving up on their baby. Time will tell if they get this up and fully running in time for OUYA’s launch, and if so, then we will be sitting in our living rooms enjoying some classic yet modern style shooter action.

Around The Rock Disc Golf

This game in particular looks great and is without a doubt my favorite from this list. I love golf games. And while I wasn’t jazzed up about it just by reading the title, I watched the video and it looks incredibly fun. The game looks very polished and has a lot of promise on OUYA I think. Currently you can get the game on Google Play and it has been doing quite well. The game has multi-player which is a plus, and could give households that Wii and Kinect party game feel that we all know and love.

Lost heroes is a side scroller type game, much in the way of Lost Vikings for the SNES. You can choose from three character classes (Wizardress, Knight, or Troll) and proceed to adventure. The games developer Magory already has plenty of games on the Play Store and seeing something coming to OUYA is certainly a welcomed addition to the lineup. 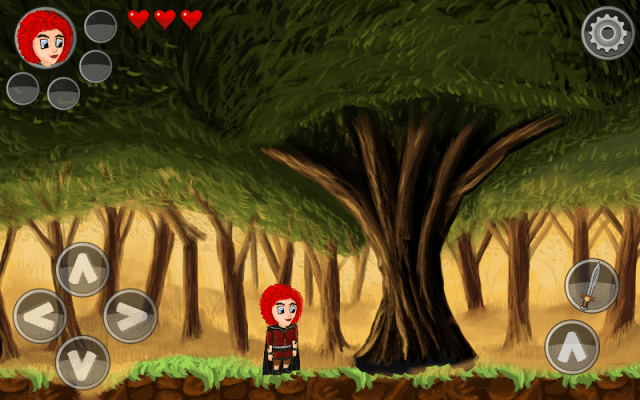 This is a remake of the original title called “SkyRoads” by wurdindustries. This newly developed re-imagining is getting quite the overhaul and as you can tell from the video it’s being built on the unity 3D engine. Major points for that already. The game is still in early stages and pre beta as the devs mention in the video, but they are working hard to get this modern classic ready in time for us come March.

Many of us have played a Sim game or two. I know I have. This 2D version of a sim type game from a 19 year old developer(Josh Seigal) looks promising in its own right for the simple fact that it’s being developed by a college student in his spare time, ALONE! Bravo to this kid for showing us what he can do with his efforts and Politico will be arriving on Steam in the near future as well a full port to OUYA. Hopefully it will be ready in time for launch, it may not be as Josh states that he still has a lot of work to do as this is a work in progress.

Next we have Legacy Of Barubash, which is a story and quest based RPG of sorts. As all story driven RPG’s go, you will have a main plot driving you through the game with quests and missions to complete to progress further. The game is in alpha build right now as you can see but once polished and ready could make for a fun and inviting little RPG for the Role playing game lovers out there.

This game is not actually titles Space Dodger but that is the given name since it has none to be verified by at the moment. Currently a work in progress by the Developer Hypercane Studios, Space Dodger is a tunnel racer of sorts that lets you man a space ship in which you must fly to the end of a tunnel. Many obstacles lie in your wake and you have to pass by or pass through them by using a number of different tools at your disposal. These games always usually measure up to be pretty fun, and with how the game currently looks I can’t imagine it’ll fall far from the rest.

Dragon Maze is one of those games that you just know is going to be addicting and downright fun to play. The video footage is pre-alpha, and with that said, I can only imagine how awesome it will look once the game is ready for gamers. The game is obviously a puzzle platformer, or so it seems, in which you play as a cute little dragon for the main character. So far this is another one on my list to play.

I don’t know much about this game but the developers do have it up on iOS which is quite an accomplishment in itself, and the game does look rather visually inviting. I’m not quite sure what the goal of the game is but it seems like It could be fun and at least there’s eye candy. 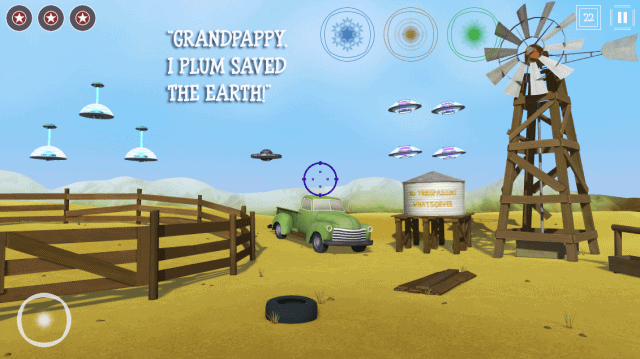 This game is just odd looking to me. However, odd does not mean it won’t be enjoyable. The rather cartoonish looking characters I’m assuming keep the game light hearted during play. Something else that’s nice is the Spanish music that apparently plays in the background, which I’ll admit is kind of amusing to listen to. The game won a development award in Spain(although I’m not sure which award) which has to stand for something. I don’t get the references in the game and you may not either but hell, it does look interesting enough to play.

This is developed by the same guys as the weird title above… wait… what??? You heard me right. Garnatron is a classic space shooter style game which bears no resemblance at all to its Spanish music friend. The game was originally single player but because we all know how fun multi player games will be on the OUYA (and so does pix juegos) this version will be multiplayer at launch. Hooray!!

This will be a platformer type game, but in full retro glory for your enjoyment. You know the drill of platformers. Move your guy to the end while avoiding all obstacles and enemy’s in your way. Retroformer is no different except for your character, which looks like a tiny alien. The quirky fun element of Retroformer from other games of its genre is that you and your friends can upload your own levels so imagination is your only limit here. If you have it, the levels will undoubtedly be fun but if you don’t, they will suck and be boring and no one will want to play them.

Aggro tactics looks like a tactics style RPG. Take that type of game and throw it onto what looks like a game board and add in some chess pieces and you have a game that seems like it might be… ermm … well , hard. If you’re not any good at chess. I suck at chess and furthermore prefer to be more engaged in my games with stories and action and eye candy and such. Silly me I know. While this doesn’t look like my cup of tea it is promising and could do very well once it hits the OUYA. 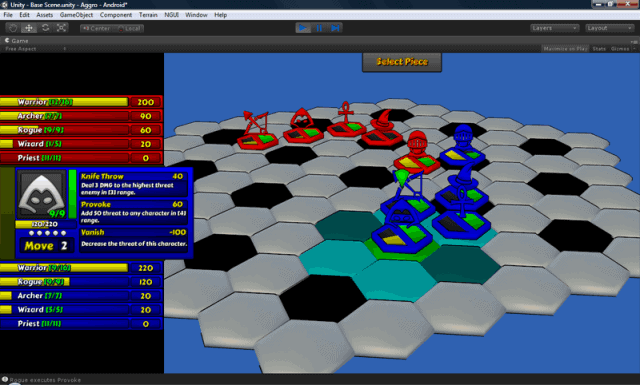 Right of the bat I was extremely confused by this title. Then I started to read on about it and I have to say that I would most likely enjoy the shit out of it because I love to laugh and that seems to be the main idea behind this game. Giving you something to laugh at. Tales of People is definitely not the type of game for those who don’t have a sense of humor more or less because let’s face it, you probably wouldn’t get the jokes and call the game boring. Well shame on you for spitting in the face of imagination and creativity. Moving on, the game’s developer says he’s not too sure how the game will do, but I certainly am looking forward to it. The concept seems to me to throw together all kinds of quirky people with their different traits and personalities and see how they might do if they lived in the world of the RPG? I’m not sure. But that sounds like it might be funny to me and enjoyable. Time will tell. 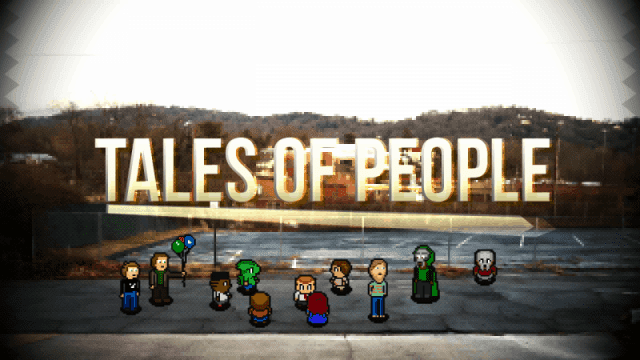