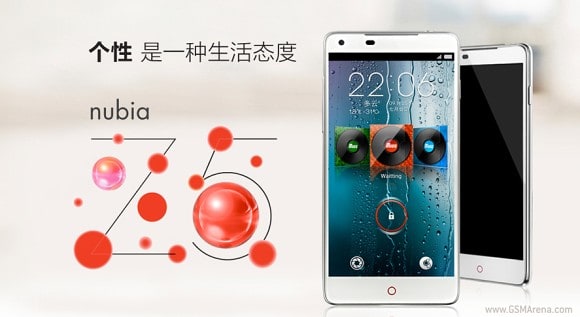 ZTE is planning to launch the Nubia Z5 as a flagship phone in 2013, with specs such as 5" display, 1080p resolution, quad core Qualcomm S4 Pro CPU, and only 7.6mm in thickness, which is the same as the iPhone 5, while still packing a 2300 mAh battery. Its bezels also seem to put Galaxy S3 and Droid DNA to shame, and it makes the device seem smaller than it is.

I think we'll see a lot more of this in 2013 with all the flagship phones becoming 5" in size. They will need to cut down on that bezel, to make the devices as similar in overall size as possible with their previous flagships. However, I hope that as far as "flagships" go they won't try to make them even larger in the following years, although I'm sure we'll continue to see 5.5", 6" and even larger "phones" in the future. But as long as those remain more like niche markets for manufacturers, and don't plan to make them the mainstream phones, then I'm fine with that.

I do wish they continued to sell 4"-4.3" phones with great specs, though. That seems to be lacking a lot from the market right now, and I think it's an opportunity for someone to take, but they've been so blinded by trying to compete with each other, that they are all missing this, and are just trying to "out-size" one another.

Going back to the ZTE Nubia Z5, though, we can see that its specced to compete with the best of the best in early 2013. I don't think the quad core 1.5 Ghz S4 Pro will be that competitive anymore in 2013, because of the quad core Cortex A15 chips, but it also comes with 2 GB of RAM, 32 GB of internal storage, a f2.2 13 MP camera, 2 MP front-facing camera (presumably HD webcam support), MHL, and "Wifi Display".

The phone will cost approximately $550 in Japan, and will arrive with Android 4.1.1 Jelly Bean. We should see this phone or a close cousin of the Nubia Z5 at CES in a couple of weeks, that could be launched in Europe and maybe even US.