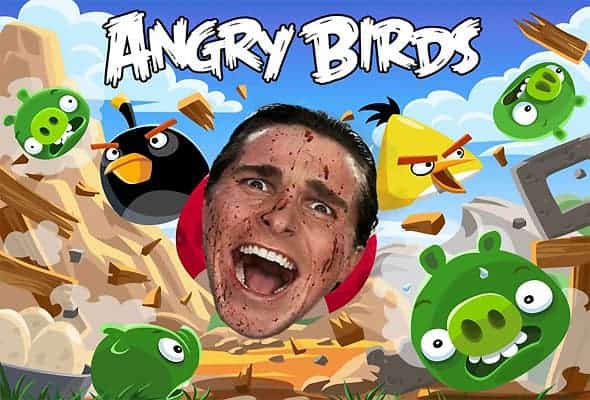 Time to bring home the bacon! No? Poor taste? Alright then, let's get right down to business.

The Angry Birds franchise has already expanded from a mobile game into various other mediums. The incorrigible angry fowl are everywhere, to the point where those classic kiosks at the mall are filled with Angry Birds dolls, you know the ones I'm talking about (note: the clawwwwww). The franchise is so popular, that there is even an animated children's series coming to television.

Not surprisingly, it's just been confirmed that there is also a film adaptation of the series in the works, and it will be releasing in 2016.

So far, we only know a little about the film none of which includes information concerning actors or actresses that have signed on. John Cohen, who is responsible for "Despicable Me", is producing the film, while Marvel Studios chairman David Maisel will be executive producing.

The word on the street is that Angry Birds will be CG-animated in full 3D. Naturally, you'll be able to see the birds slinging off the screen right at you.

It will be fascinating to see whom they want for the voice talents in the movie. I'm predicting Christian Bale for the red bird because even though his Batman voice may not be deep enough for the Batman films, I think it would emit the raw emotion of a downright raging bird, and that's the point, isn't it? I can just hear him now, rasping away at those nasty ol' piggies, just before he swoops down and destroys their makeshift stalls. "SWEAR TO ME!" 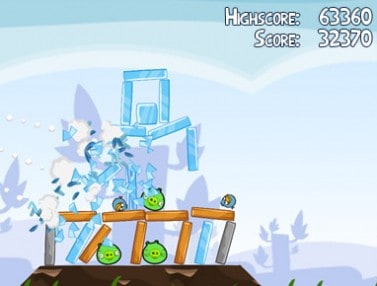 Mikael Hed, CEO of Rovio Entertainment seems to think that they have a blockbuster hit on their hands.

"With John's hands-on producer background and David´s expertise in establishing and running his own successful studio, these two are the dream team for making a movie outside the studio system. Both professionals have the ideal skills and vision to achieve incredible things."

Cohen also spoke up through the Rovio website, showing his eagerness to begin working on the project.

"I'm so excited and honored to be working on this film with Mikael, David, and Rovio's incredibly talented game developers and artists. From both an entertainment and strategic perspective, Rovio is at the forefront of game innovation and is trailblazing terrific new ways for Angry Birds fans to interact with these characters. I've personally spent countless hours playing the Angry Birds games over the last few years, which I can now happily justify as research for the movie."

Rovio will be producing and financing the film outside the traditional studio system, thus allowing them complete creative control. This means they can keep the Angry Birds franchise free of the industry level violence and obligatory nude scenes. Darn, and I was really looking forward to relentless violence, gore and fornication all crammed into a movie populated by CG animated birds.

As for the rest of the cast, I'll leave that up to you guys and gals? Who do you think should be included in the cast for the Angry Birds movie?