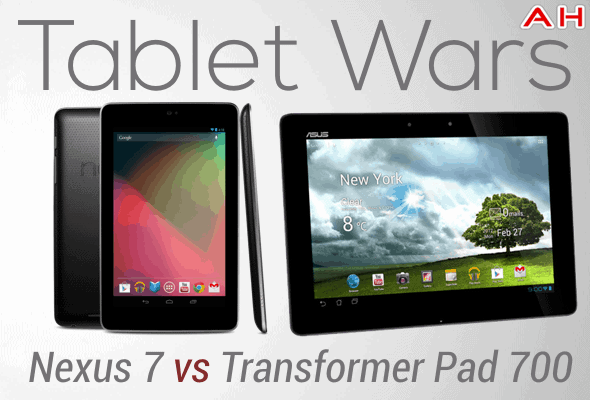 It's that time again. Time to put two great tablets up against each other. Today we have two ASUS-made tablets going at it. One with Stock Android, and one with a 1080p display. It's the Nexus 7 vs the Transformer Pad Infinity, both on Jelly Bean but different versions of Jelly Bean. Both have quad-core Tegra 3 processor, so who's going to come out on top? Let's find out. 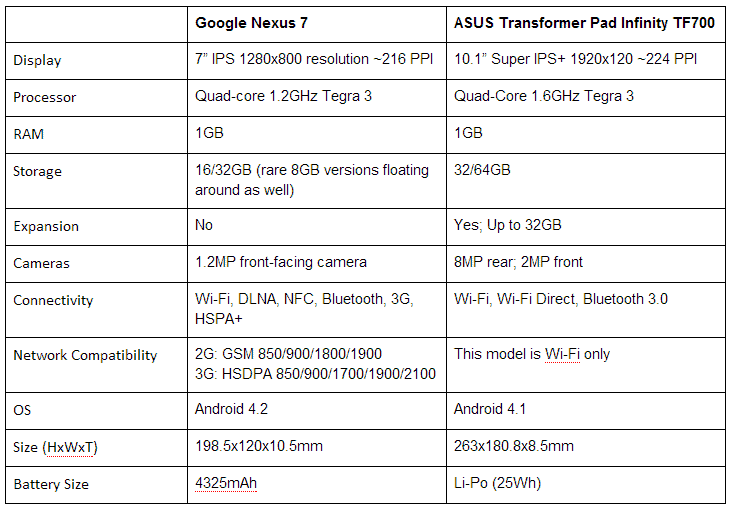 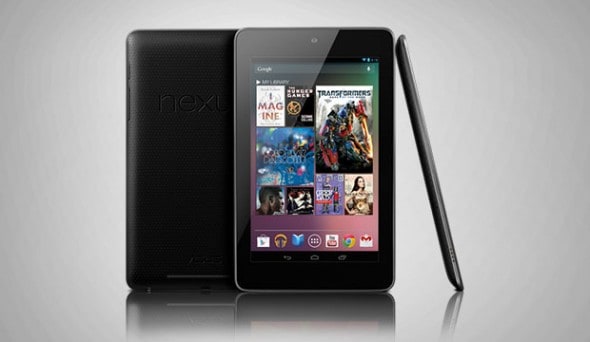 The Nexus 7 is a beautiful device, on the back all it has is a speaker and a nice looking 'Nexus' logo. Then coming around to the front you'll see the 7" display with the front-facing camera at the top. Pretty simple design, with some rather large bezels at the top and bottom of the screen. Which makes it easier to play games like Grand Theft Auto, Asphalt and Riptide. As you have a place to rest your hands without covering up the speaker. 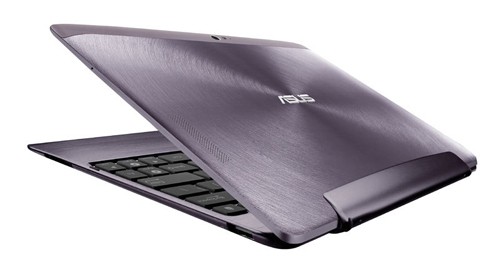 On the back of the device you've got the 8MP camera, then on the sides you've got the volume rocker, power button, micro SD card slot and SIM card slot for the 3G and LTE models. On the front you have the beautiful 1080p IPS+ display along with a 2MP camera at the top. The Transformer Pad Infinity also has a keyboard dock that is sold seperately which gives you an extra 6 hours of battery (about half the size of the one in the actual tablet) and a USB port. 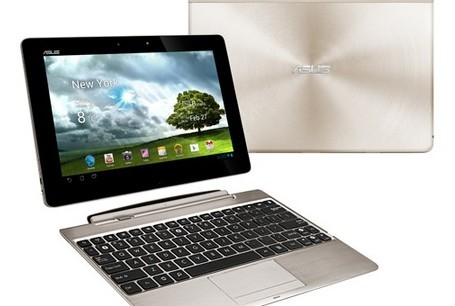 This is a hard decision. A lot of the internals are the same and both devices are made by ASUS. But the Transformer Pad Infinity is the winner based on how good the productivity is on it. Mostly due to the keyboard dock. So if you can afford the Transformer Pad Infinity TF700, I'd say go for it. If you want something a bit cheaper, go for the Nexus 7. They are both great ASUS tablets.