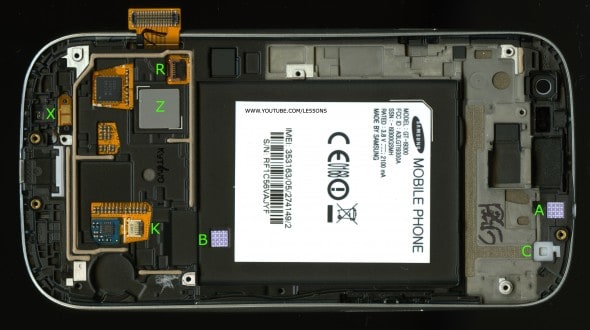 When we talk about devices "dying" on us, it's often through some type of user caused damage or, perhaps a component prone to failure, does so. For instance, a lot of the time batteries give in before their time – just ask any one that had an iPhone 3G – or a port on the phone goes bad. Something like that. Something is a little different about this latest scare though, as there are reports from around the web that Galaxy S III units are dying – for no apparent reason. The main suspicion is that the device's mainboard is said to be failing long before it ever should. Here's a quote from one user: "Tl;Dr – S3 mainboards dying for no reason, Samsung replacing mainboards for free, but no new hardware revision so it might just happen again". It could well be something to do with the NAND memory on the board failing – which would prevent the device from even booting.

So, it looks like Samsung's boards aren't up to scratch when it comes to longevity, which is a real shame. However, Samsung must be aware of the problem, otherwise they wouldn't be replacing the boards for free. It looks as though the Korean company is replacing the boards for free whether or not you've tampered with root and ROMs – something I believe all manufacturers should do if it's a hardware fault. I've never experienced something this myself but, the WiFi and Bluetooth antenna stopped working on my One X, HTC were of no help at all and claimed a "3 week waiting period". 3 weeks without a phone, I don't think so. My carrier was more obliging and I had a replacement, free of charge within 48 hours. Let's just hope that Samsung are a little more helpful in this, shall we?

My Dad has the Galaxy S III and has done for a few months, his phone is still very much alive and kicking and I hope it will be for some time. The same goes for everyone else I know with a GS3. What about you? Have you had this happen to you, yourself or do you know someone who has had it happened to them?