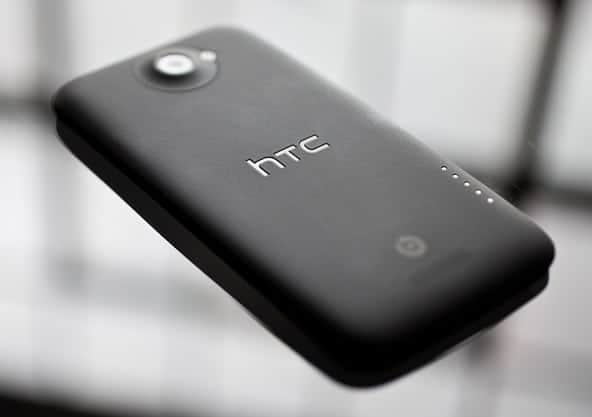 As Mr. Arnold would say, "hold on to your butts." HTC is readying a new flagship Android handset that is purportedly going to take the market by storm. If it doesn't cause a fuss, it's at least going to celebrate several firsts in the industry.

The device, aptly codenamed M7, is rumored to feature a 4.7 inch full HD display with a pixel density of 468PPI. It is okay if you don't comprehend just how incredible those stats are, you are forgiven.

For comparisons sake, the rumored pixel density of the M7 is 40% higher than what the iPhone 5 has.

Before we get to the important specs, I'll say that the M7 will be running the latest version of Android, Jelly Bean that is obviously skinned with HTC's own Sense 5 UI. Some people love the Sense UI, and others hate it, but it is what it is. Manufacturer OS skins are not going away any time soon, unfortunately.

Wouldn't the world be such a better place if everything ran stock Android? Moving on.

The M7 screen is also rumored to have significant improvements seeing as it's considered part of an entirely new generation of displays referred to as SoLUX. The precursor to SoLUX technology is more commonly known as Super LCD2; it was included in the HTC One X, along with many of its variations.

The visual improvements offered by SoLUX technology are said to be much wider viewing angles, increased outdoor visibility, and concise color accuracy. Ultimately, when these new improvements are combined, you get a much cleaner, and better display.

Of course, there are a multitude of other specs rumored for the new M7, which include the following:

As you can see from the specs, the new M7 will borrow from HTC's existing One line that offers an "amazing camera" and "authentic sound" while building upon those features. The M7 will include a thirteen megapixel sensor that captures images using a large f/2.0 lens.

These two strong imaging elements have also been combined with a new sensor, called the Cinesensor by HTC. The new image sensor will allow for advanced features including slow-motion capture, and video HDR enhancements.

Beats audio is fairly common these days, and the majority of devices outfitted with the required amplifier offer damn good audio quality. Sure, that's not quite as scientific as an audiophile would describe the sound, but you get the point. The M7 is outfitted with a Beats audio amplifier which means -you guessed it- enhanced and higher quality audio for consumers.

The M7 is expected to land on Verizon and Sprint's shelves in the United States, and might even make it's way to the other carriers in the future. No official release date for the device has been mentioned, but the word on the street is that the M7 will see a Mobile World Congress presentation in February 2013.

Considering it is already late in December, February is not too far away, so we'll know more about the M7 soon.

With some of the other rumors flying around, especially the ones about the massive HuaWei handset and Sony's upcoming devices, 2013 looks to be an exciting year for Android fans.

Trusted By Millions
Independent, Expert Android News You Can Trust, Since 2010
Publishing More Android Than Anyone Else
4
Today
157
This Week
157
This Month
3323
This Year
104800
All Time
Advertisement