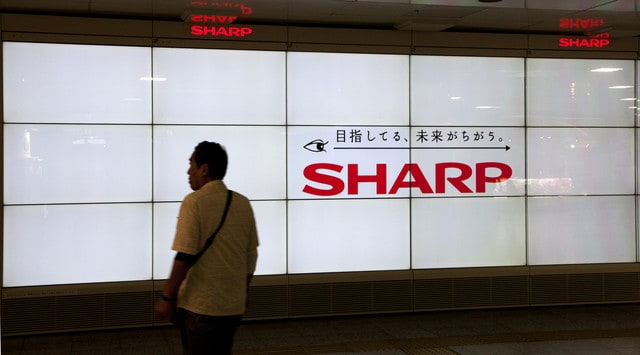 Sharp Corp and Qualcomm Inc are ready to work together to create a new energy-efficient LCD screen for mobile devices. Qualcomm will be able to use Sharp's indium-gallium-zinc oxide technology, which is supposed to cut the power usage of panel's dramatically.

Qualcomm will invest 5 billion yen ($61 million) into the ailing Japanese technology company by the end of the year. A positive return on investment for Qualcomm could then lead to an additional 5 billion. 10 billion yen total would buy Qualcomm a 5 percent stake in the company.

How Bad Are Sharp's Woes?

Bloomberg reported that the stock performed worst among more than 1,600 stocks in the MCSI World Index of developed countries. For some better context, that means that Sharp is projected to lose 450 billion yen. The good news is that the yen to dollar exchange rate makes it sound worse than it really is. The bad news is that it's 549 million dollars. Yeah, over half a billion in loss.

Business analysts are exactly looking for this one deal to turn around Sharp's fortunes. Here a few quotes from Bloomberg's report on the story:

"This investment is good news for Sharp," said Hideki Yasuda, an analyst at Ace Securities Co. in Tokyo. "However, it won't have sufficient impact to improve the company's situation dramatically. It's only symbolic."

"Even if 10 companies invested 10 billion yen each in Sharp, it would still only be 100 billion yen. It's meaningless," said Mitsushige Akino, Tokyo-based chief fund officer at Ichiyoshi Asset Management Co.

Easy there, guys. Don't get too excited about how rich Sharp is going to become.

With such difficult times abounding for the company, Sharp is in talks with several companies in efforts to line up more deals. Rumors and speculation are beginning to creep into the conversation, but supposedly Sharp is talking to Dell, Intel, HP, Microsoft, Google, and Apple.

Personally, I think that Sharp and Apple working together would help clear up some messy ties between Samsung and Apple while still allowing another company to keep people working and promote more competition in the market.

Whatever the case may be, Sharp will have to strike some pretty important deals over the next several months in order to survive.