By now, we know pretty much exactly what Huawei is planning on showing off next week in Las Vegas at CES. But just in case we didn't, here's another leak. This time its the Huawei Ascend Mate, that 6.1-inch Android phone and the Ascend D2 which is the 5-inch Android phone. We also are fairly sure what the devices look like. Especially after all the leaks and one of Huawei's executives showing off the device in their store a few weeks ago.

The popular tipsters @evleaks are back again with press renders of each device along with some more spec info. They are claiming that the Ascend Mate's 6.1-inch will be a 720p display and be powered by a beefly 3800mAh battery. That's larger than any stock battery on the market right now. Currently the Droid Razr Maxx HD has the largest at 3300mAh. 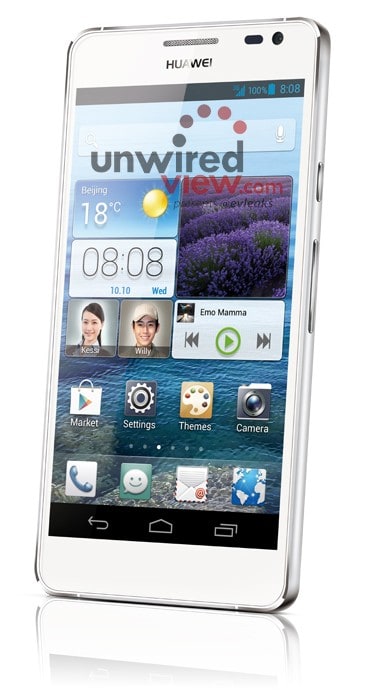 Then there's the Ascend D2 which is picture above and fits in well with the leaked photos we've already seen. It's said to have a 1.5GHz quad-core (likely Huawei made) processor with a 1080p display and a 13MP camera. This also backs up all the specs we previously heard about this monster size of a phone. It also looks, from the render, that we'll see Jelly Bean on the Ascend D2. Which with it being announced and unveiled at CES, we'd expect nothing less. Hopefully it'll be bumped up to Android 4.2 before or slightly after CES. 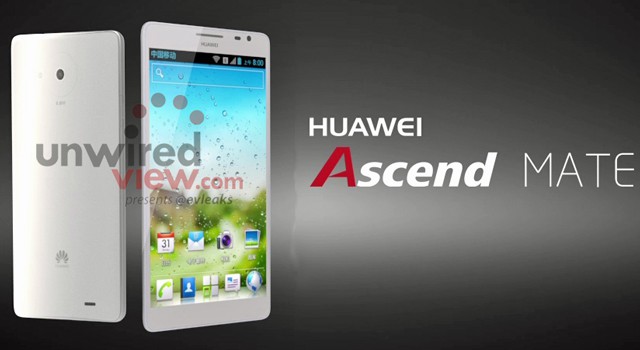 At this point, if every Android phone or device at CES isn't running Android 4.1 or later, it'll probably be dead on arrival (DOA) but that's just my opinion. I'm still interested to see how well these two devices do at CES and if they'll be launching in the US and on what carriers. I'd love to check out the Ascend Mate. Might be to big, but worth checking out. Let us know what you think of these devices in the comments below.