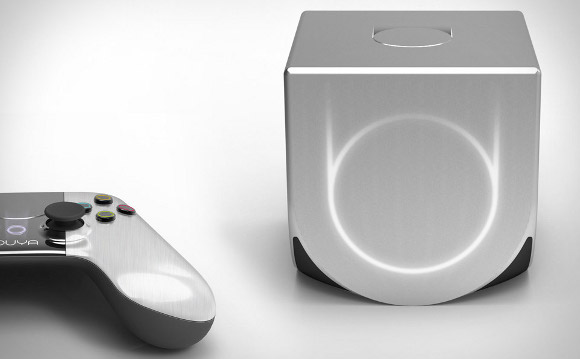 As developers prepare to receive their pre-launch dev units, Ouya has announced ten more games for their initial lineup. The console that promises to bring Android gaming to the big screen is likely to ship this March, and the console manufacturer has been running a giveaway for developers to receive free dev units (valued at $800) to start development. The ten-day Twitter giveaway resulted in 10 new confirmed developers and ten all new games:

The final console for end-users will run at just $99, and should arrive in March 2013. Not only will the final consoles be great for gaming, they will also double as dev units as well, so if you're a developer who didn't win the giveaway, and you're not ready to drop the $800 then you can just wait until launch time. The console originally started with a Kickstarter campaign, and eventually closed at $8,596,475 with 63,416 contributors. The total price for a console and controller will run $139 and each additional controller will run $30.

What all does Ouya plan to bring to the home gaming industry? From the Ouya website:

Shooters, platformers, sports games, arcade classics and indie games just feel bigger and better on a TV screen. That's why we created OUYA: to bring the most creative, innovative, and exciting games to the television.

OUYA will offer a broad range of games from all the genres you love. We've already lined up some great content from AAA game publishers such as Square Enix and NAMCO Bandai and independent developers like Adam Saltsman, creater of Canabalt, and Robert Bowling, who's bringing Human Element to OUYA before any other platform.

Plus, every game is free â€” well, free-to-play. We borrowed the free-to-play model from popular games like League of Legends, Team Fortress 2, Triple Town and many others. Developers can offer a free demo with a full-game upgrade, in-game items or powers, or ask you to subscribe. We don't want you to buy a game unless you love it.

And, because OUYA is based on Android, any game or application that has been published to Android would be playable on OUYA directly through our store. That includes video and music streaming players, entertainment apps, and anything else you can think of. Current partners include VEVO, iheartradio, TuneIn, XBMC, Plex, Twitch.tv, and OnLive. Play games, watch videos, and listen to music all through OUYA, in the comfort of your living room.

Lastly, OUYA is powerful. We've partnered with NVIDIA to bring you best-in-class graphics and performance. And, if you're up for it, you can open OUYA up and look around (both the console and controller come with standard screws).

So are you planning to purchase an Android powered gaming system? Did you contribute to the Kickstarter campaign? Let us know your thoughts!