According to user jstevenkim from the Android Central forums, Nexus 10 owners will soon be able to obtain a Pogo charger for the Samsung manufactured tablet. The Pogo connector essentially makes contact with the charging ports on the Nexus 10, while simultaneously being held to the device using weak magnets. The Pogo connector for the Nexus 10, or at least the one shown in the image, will work similar to the Apple MagSafe connector.

Not only is a Pogo charger more convenient, but it’s also useful, as well. The current charging process, which involves using the MicroUSB port, is much slower because the Nexus 10 uses energy faster than the device can charge in most cases.

User elmo, who first created the thread, alerted other Nexus 10 owners that his own Pogo setup charges the device much faster than the standard charging equipment (pictured below). Keep in mind that the connector, in the second image, does not seem like an official charger, but instead is probably a generic charger of some sort. 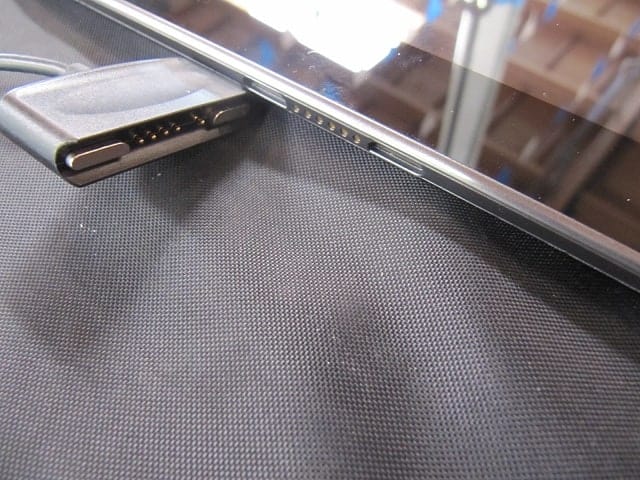 Before we go any further, this information should be considered just a rumor at the moment as the validity of the source is still relatively unknown. Although, Jstevenkim says he works for “the original and direct supplier of the pogo cable in Korea.” What I take this to mean is that he works for the official supplier which Samsung is planning to use internationally.

Jstevenkim also says, “Since we are just approved to sell the pogo cable in the B2C market, now I am just pre-announcing it.” The Pogo connector also includes an integrated circuit fail chip for “safety’s sake.”

Also according to the same poster, the connector will probably be priced anywhere from $19.95 to $24.99.

The photo certainly looks authentic enough, and the size of the connector matches with the size of the true Nexus 10 charging ports. For now, jstevenkim‘s information seems valid, but only time will tell if he was telling the truth or not.

Even though the Nexus 7 is manufactured by Asus, consumers will be hoping to see a similar charging connector become available for Google’s smaller tablet also. It makes sense that eventually a dock might become available too, as the Nexus 7’s size is perfect for one.

Staying on the subject of the dock, the Nexus 10 Pogo connector is neat and all, but the real game changer would be a Pogo dock. Hopefully, sooner than later, an official dock will release for both devices.

In the meantime, provided jstevenkim is telling the truth, Nexus 10 owners will be able to pick-up a standard Pogo connector sometime soon.