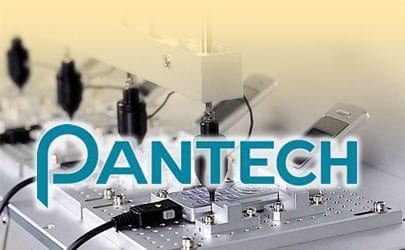 As we get closer and closer to CES 2013 every day seems to bring another rumor of another quad-core next generation phone. LG, Samsung and Sony all seem to be planning to launch a full 1080p smart phone early next year. But as the rumor mill continues to churn, we get some impressive sounding specs from the Korean OEM, Pantech. Although Pantech has been selling phones through Verizon and AT&T for some time it is not especially well-known here in the United States. In South Korea, however Pantech is the third best-selling handset manufacturer. They sell more phones than Apple domestically, but fewer than Samsung and LG. They have also been known for creative (if somewhat odd) designs for their devices. The Pantech Razzle for Verizon looked like this: 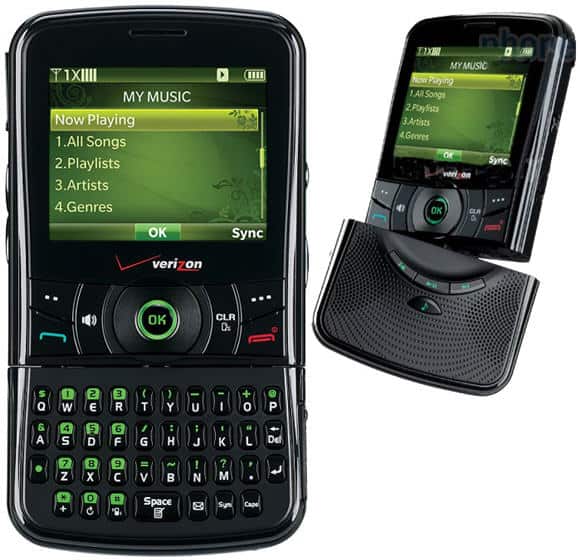 Yes, that is a QWERTY keyboard that swivels 180 degrees. This design might not be a ground-breaking leap forward for the smart phone industry, but it is certainly innovative. And if there is one thing we would all like to see more of, it's innovation. This new rumored super phone may end up being a fairly standard 4-5 inch screen smart phone, or maybe we are in store for something new. Time will tell.

The specs of these rumored devices currently known only as the Vega IM-A860S and IM-A860L would have been earth-shattering only a couple of months ago. But as more and more major OEMs seem to be rushing to the quad-core, 1080p party, this device might just end up being lost in the shuffle, despite its impressive specs. This new device has been seen in GLBenchmarks's database and  is also getting Wi-Fi certification. So it seems that the launch of this new phone should announced be in the near future (presumably during CES in January). 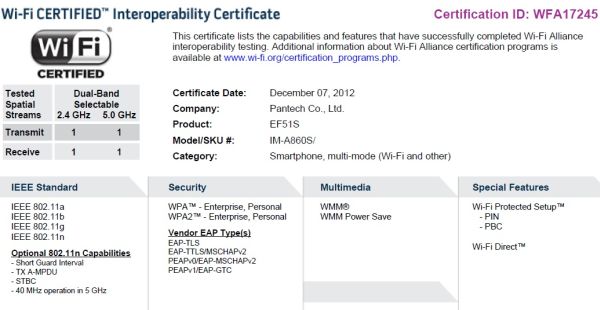 The rumored specs that we have now are somewhat incomplete, but so far we are expecting:

What we don't know is the size of the display, the quality and/or number of cameras on the device. These rumors also don't include the size of the phone's RAM, on-board storage, the size of the battery, or the availability of a removable MicroSD card. We certainly can expect Pantech to keep the price as low as possible, and we will almost certainly see this device in the wild in South Korea before it makes the jump across the Pacific to the US.

Over the last few years several fantastic devices have come from relatively unknown OEMs around the world. And as the smartphone market becomes more competitive and more lucrative we can expect to see "second-tier" manufacturers from around the world bring new devices to the market and hope to hit it big. Remember, at one point even Samsung and LG were new to the Android device market, and some amazing devices have come from relatively obscure companies. Can you imagine going with a device like the Vega IM-A860S if it had some unique features? Let us know in the comments below.