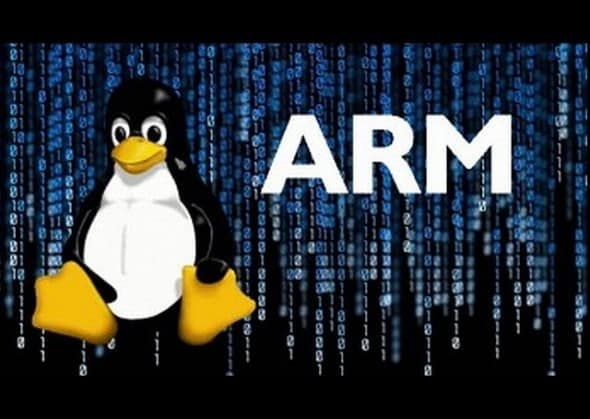 Linux 3.7 kernel has been completed, and it looks like it's finally going to include support for all ARM chips, as well as support for the 64-bit ARMv8 architecture, that's supposed to ship in 2014 with the Cortex A57 and Cortex A53 chips. This should have significant benefits not just for Linux on ARM but for Android as well.

Transitioning an OS to another chip architecture is a very difficult task, not just for Linux, for but all other operating systems out there. And while Microsoft took the easy way out, by making one version of their OS run on ARM, and losing all legacy app support, Linux tried to make all x86 legacy apps work on ARM, which is much better in the long term.

Since ARM SoC's aren't as "unified" as x86 chips, because each ARM chip maker can customize it quite a bit, and some can even use their own custom CPU cores (like Qualcomm), this means that until now, there hasn't been a unified Linux kernel that you can use on different ARM devices, just like you can put the same say "Ubuntu" on pretty much any x86 machine.

So this unified kernel means that you will be able to use the same Linux OS for almost any ARM device. Of course you still need to keep in mind that you need at least a Cortex A15 configuration to get some pretty good performance on Linux, since Linux operating systems are generally not as lean as Android.

What this means for Android is that for one, custom ROM developers, like CyanogenMod, can have an easier job when porting CM to all these different Android devices. The same can be said about Android manufacturers trying to support their own Android devices across different chip architectures, and this should make it easier for a manufacturer to support more than one or two ARM SoC's, too, as it's generally the case right now.

The bad news is that first we'll need an Android version that comes with this 3.7 kernel, and all this will only work from that version forward. We might not see this kernel in the next version of Android, which is supposed to arrive in about 6 months, unless Google makes this a high priority.

The Linux 3.7 kernel also comes with support for ARMv8, the 64 bit architecture, so we're sure to see this in Android way before 64 bit chips start coming into the market in 2014, because Android will need 64 bit support.