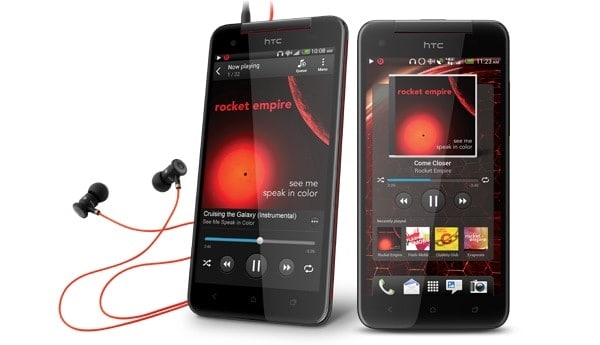 HTC Droid DNA, or J Butterfly as it is known in Japan, has finally been confirmed for release in China as HTC Butterfly and will come in three colors of brown, white and red. The phone will go further international with a 3G version called simply the Butterfly. The J Butterfly launched in Japan around two months before the Droid DNA was released in the United States.

HTC Butterfly comes with a 440PPI, 5 inch 1080p full HD display with 16 GB of storage (11 GB of actual storage) and has a microSD memory card slot for an additional 32 GB. There are front and back cameras with ultra-wide 88 degree angle lens. The 1.5 GHz quad-core processor will easily allow you to do more and comes equipped with HTC Sense on top of Android 4.1 – Jelly Bean.  More specs are below.

The HTC Butterfly ships with Android 4.1 Jelly Bean. No official word on when it will be updated to Android 4.2, or whether it will be updated at all. The battery is a high-capacity 2020 mAh Li-Ion battery and will allow for about 353 hours of standby time or 12 hours of talk time. It launches on China Unicom for ¥4,799 or around $770.

The international version of HTC Butterfly will only be available with 3G network compatibility but no official word on price or when to expect it.