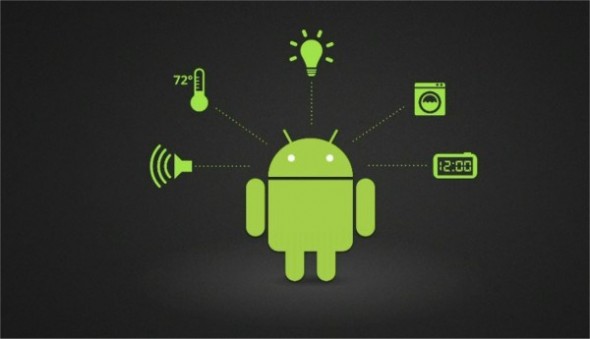 The house of tomorrow allows us to control everything from the temperature of the room to the amount of light coming through the windows, all from the comfort of the couch while using our smartphones or tablets. At least that's the version of the future that television and movies have been pitching at us for the last half-century or so, but with few applications in the real world the idea has become more of a joke than an anticipated reality. Three tech giants may be ready to get the ball rolling in earnest as Google, Microsoft, and Apple all being acquisition discussions with a small start-up called R2 Studios.

R2 hasn't actually made a physical product yet, but they have designed apps that allow users to control basic elements of their home like heating and lighting. The company also owns patents that relate to remotely controlling devices in the home, and those patents might make the acquisition worth the effort to relative outsider Apple. While both Microsoft and Google have home automation plans in the works, Apple hasn't really expressed public interest in the field, but just owning the patents may be enough to get Apple to shell out bigger money, all in the name of preventing them from reaching the competition.

Remember the [email protected] project? Probably not, but that's understandable considering the lack of promotion so far by Google. The [email protected] project is Google's home-grown attempt to bring control of the living room to a single Android device. Lighting Science, a major LED manufacturer has bulbs ready for the platform, which should work alongside thermostat control, home music systems, and internet connected television. The project was announced back in May of 2011, but little else has come out about the future or anticipated release of a full release.

Microsoft has been in the home automation game for over a decade, and many of you probably remember when Bill Gates gave the guided tour of his pad to salivating tech obsessed fans. But, much like Google's project, little else has been released about Microsoft's plan for a public release. Not only are these three companies heavily interested, there's also rumor that Verizon and AT&T, both of whom have home automation subscription services in the works, are also showing interest. Regardless of who acquires this company, the major interest from such important leaders is enough to show that true home automation may be closer than we imagined.