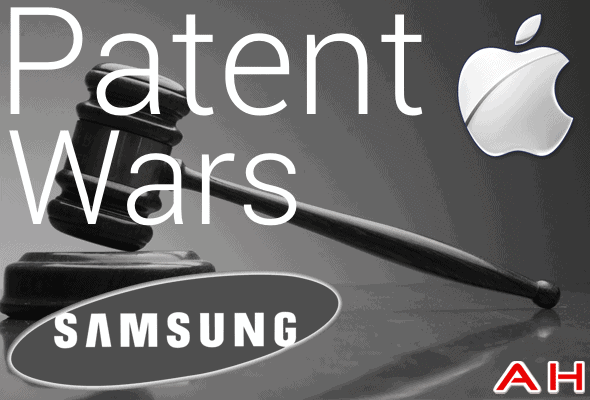 It was a shock to a lot of us when HTC and Apple signed their cross-license patent deal that effectively buried the hatchet between the two and secured no further lawsuits between the two parties. One of the main reasons that it was a shock was not that Apple had actually done something pro-active to prevent all this litigation that's currently doing the rounds but, because they sued Samsung to the tune of a Billion dollars…but signed a deal with HTC.

It's pretty obvious that Apple consider Samsung to be more of a threat, so they should, after all the Korean company has sold over 30 Million Galaxy S III handsets and sold it's first 10 Million in just 100 days with it going on sale. HTC, on the other hand, haven't had a very good year at all and are struggling to keep themselves relevant in the current market. The Taiwanese company might not have the same sort of patent portfolio that Apple and Samsung have but, they have some that Apple need. The reverse is true as well, and has caused friction between the two in the past.

Samsung haven't been too happy about the deal and think it highly relevant for their hearing with Apple that's being held today. Thankfully, Judge Koh agreed and has let the hearing include a discussion surrounding the deal. Samsung are hoping to prove that – through this deal with HTC – monetary compensation is more than enough for them and that injunctions are no more than Apple throwing their weight around. At this point, I think it hurts Samsung more to have devices taken off of the shelves than to just cough up the money. If Samsung can prove that Apple need only cold, hard cash to be content then Judge Koh may well rethink the injunctions on Samsung devices. 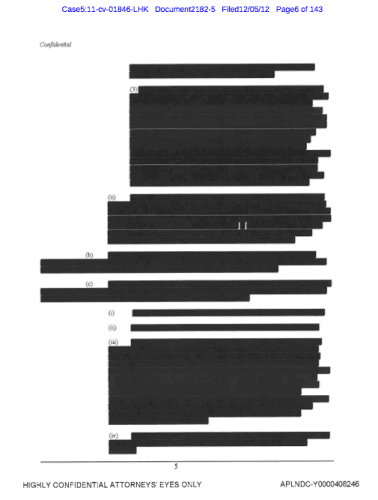 It's no secret that Samsung want these lawsuits done and dusted as quickly as they can and they're certainly hoping that this document could help their argument. Samsung's legal team have submitted a heavily redacted version of the settlement into the public domain and while we might be able to see it, a whole lot of it is blanked out like a document from Call of Duty: Black Ops. If you fancy a flick through, be our guest…