So you remember back in June when Google introduced Android 4.1 – Jelly Bean? You remember all of the features that Android 4.1 brought? Yeah me neither. But I do remember the larger features like Project Butter, Expandable notifications and Google Now. Well another addition was the Sound Search widget. Before today, it was only a widget and was only found in devices running Android 4.1 or 4.2. But today Google released it is a stand-alone app in the Play Store and is available to all devices running Ice Cream Sandwich or later.

Of course there is a catch to that. It's available for all devices running Android 4.0 or later in the US. Like usual, those in the US get all the goodies while our friends in Europe, Canada, and the rest of the world miss out….for now. What is also pretty neat with the app is that it syncs across all your devices. So say you hear a song in the car, and you use your Galaxy Note 2 to figure out what song it is with the Sound Search widget. You can then use your tablet when you get home to buy it. It sounds pretty cool right? Now you can officially say Goodbye to Shazam or whatever app you were using before this, and welcome Google's Sound Search aboard! 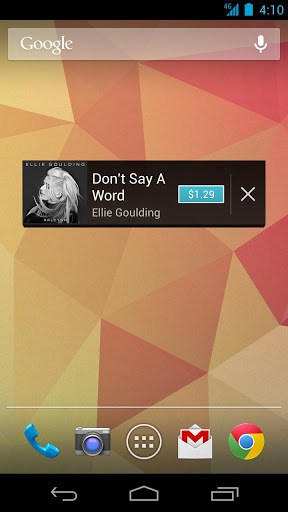 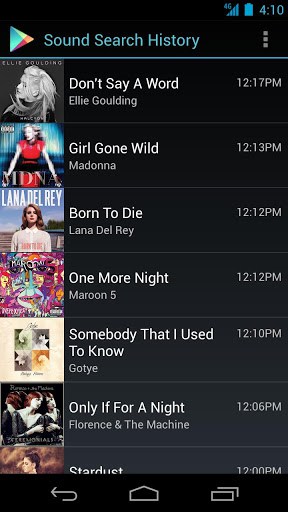 Here are the features of Google's Sound Search app:

So now wherever you are and you hear a new song that you want to buy or just know the name of it, you can. For those of you that aren't running Jelly Bean, you can grab this from the Play Store now. Let us know how you like the Sound Search app in the comments below.