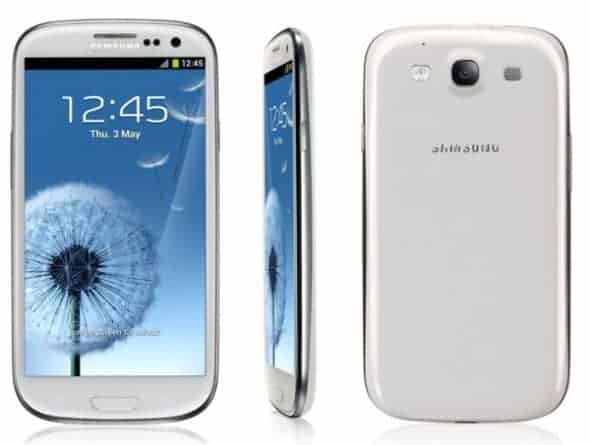 S3 owners, do you ever feel like your buddies with a Galaxy Note 2 look down upon your battery life? Well, now there's a solution!

I apologize if that intro sounded like an infomercial, but that's kind of what I was going for.

The Samsung Galaxy S3 comes bundled with a 2,100mAh battery that typically gets about 10+ hours of continuous talk time. I won't waste any time going over all the battery usage ratings of the device, but it stands to reason that they're all pretty good. For some folks though, "pretty good" is not enough.

If you're not familiar with extended batteries, here's a quick rundown.

Extended batteries are of higher capacities than the stock battery and last longer, but there is a trade-off to using them. Because of their increased size, extended batteries are usually much larger which means the profile of the connected device is also increased. For convenience, when you purchase an extended battery it usually comes with a revamped back cover for the phone, which has been redesigned to account for the increase in battery size.

Essentially, you're accepting an increase in device thickness for a boost in overall battery life.

Most manufacturers don't issue an extended battery for their devices, however. So consumers are left purchasing from third parties, who at times can be quite devious. There are plenty of stories of folks purchasing what they thought to be a larger capacity battery, when, in fact, they were not larger at all.

Back to the Galaxy S3 Extended Battery…

Of course, the Galaxy S3 battery does add some depth to the device but at least the rear cover is included in the deal. Another interesting factor to consider is that the rear cover also comes, with the necessary NFC contacts, to use NFC functionality. According to Samsung, most third-party manufacturers don't include this in their covers. If you were to purchase an extended battery for your S3 from eBay, for example, you might end up not being able to use the native NFC features anymore.

The Samsung Galaxy S3 extended battery is currently listed for $65 via MobileFun. Unfortunately, it looks as you're going to have to pay a hefty price for the official-ness of the battery and those NFC contacts. Regardless, it saves consumers from dealing with the hassle of finding a compatible third-party battery, or at least one that works.

With the extended S3 battery, you can finally ignore the smirks of all your buddies with the Galaxy Note 2 because your battery should last just as long.

There's no word on an actual release date yet, but you can pre-order an extended battery from MobileFun. MobileFun is based in the UK, so US owners are out of luck for now. Hopefully, Samsung will offer the extended battery in the States also. At this point, I don't see any particular reason why they wouldn't do so.