LG is now 'dissing' the iPhone 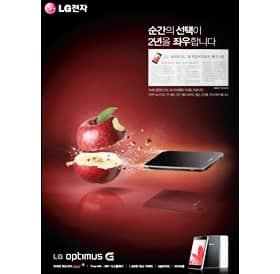 This will probably become a new trend as the iPhone is not innovating and dying slowly. Of course it is something we can get behind, it's always fun making fun of Apple users and iPhone users. 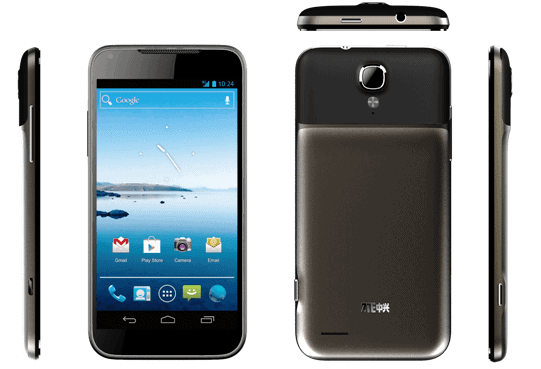 One of ZTE's new devices, the Grand Era was announced today for Hong Kong. It's the first dual-mode LTE device of it's kind. It'll be launching on China Mobile's network soon.

Today Apex Launcher was updated to support Android 4.2 – Jelly Bean, Cross-Launcher Data import and much more. You can grab Apex from the Play Store and try it out. It's a great launcher to have.

Today, Amazon updated their app to support even more tablets. So now it doesn't support just the Nexus 7. You can get the Amazon app from Google Play.

Well not Football in America, but Soccer (Football in the rest of the world). As FIFA 2013 game has just hit consoles and PC's it's time for EA's companion app to be released right? Well now you can grab it form the Play Store.

Today, Simple Android was teased. It's slated to hit the Play Store next year as an alternative to Mint.com. And the interface looks a lot cleaner than Mint, in my opinion.

Here's another private beta app for Android. SnapKeys SI launched today in private beta form. It's actually a pretty cool looking keyboard, but it doesn't look like it works to well.

Google and Niantic Labs app, Field Trip has now added the UK to its list of working countries. Field Trip is a great app if you're on a road trip and looking for sightseeing places. You can grab Field Trip on the Play Store.

Wouldn't surprise me. Facebook is always rumored to be working on something new. This app is supposed to be separate from the traditional Facebook messaging app.

Sprint and AT&T add more LTE markets to their Network