Root Uninstaller Team, the creators of the Battery Stats Plus app, published reports detailing battery statistics over the last three weeks. The charts below show data from over 474 Android phones and tablets which sent over 5,500 battery statistic reports. The app has been installed on devices in countries all over the world. Devices with the best and worst battery stats might not be what you expect. 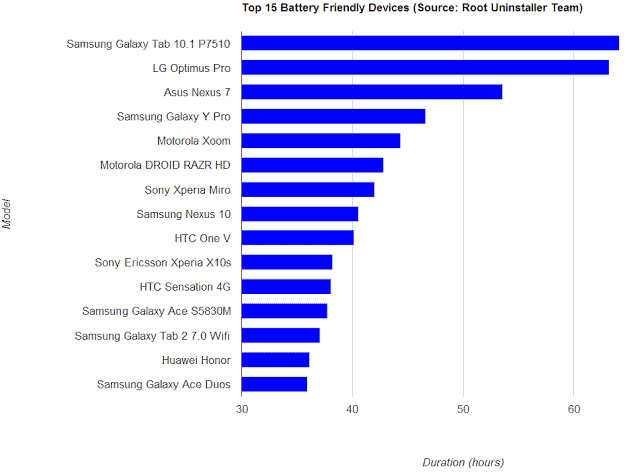 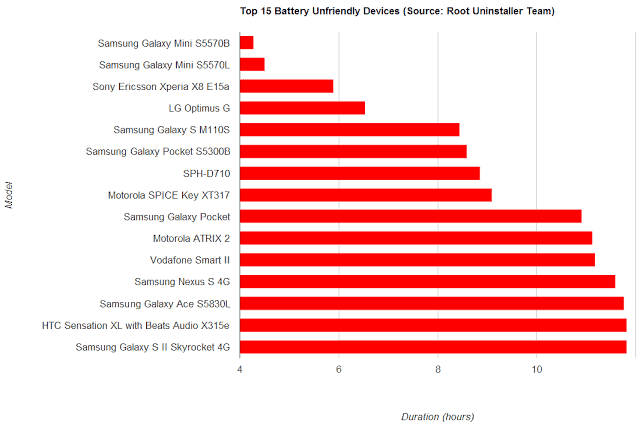 Now for the apps that help kill your battery.  The com.qualcomm.privinit app is the worst offender that uses up about 20 percent of your battery. Interesting is the Smart Settings app that is supposed to optimize your device’s settings and act as a power saver. The app is from the Root Uninstaller team and has about 13 percent of battery usage. 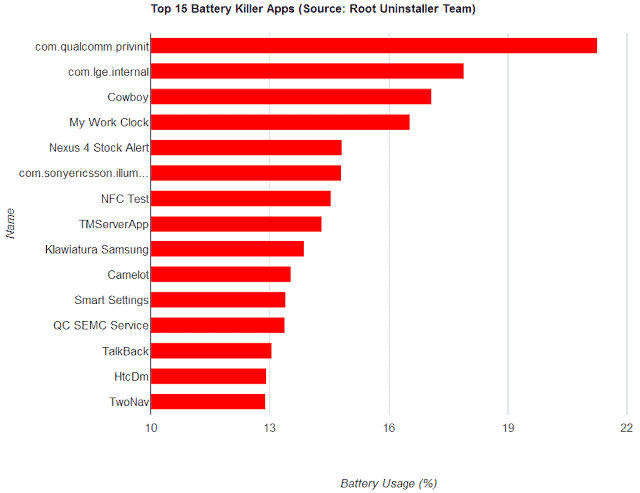 Since the average battery life of any smart device is not even a full day, I’ve included some basic tips on what you can do to help extend that. This is already common sense for most people but I’ve included it just in case anyone might need a reminder.