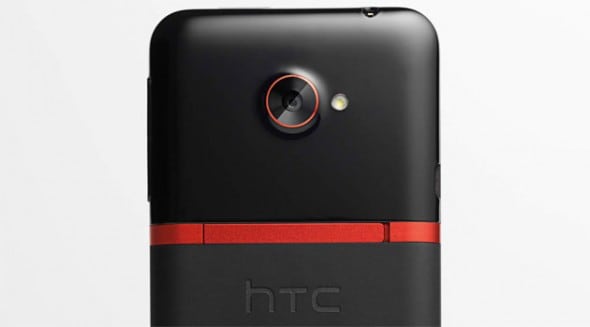 It's taken HTC a pretty long time to get Jelly Bean ready to roll out on their phones launched earlier in the year and while the One X+ and Droid DNA launched with Android 4.1, older phones have been left behind. Which is a pretty poor showing from HTC when you consider just how well Samsung have been doing at updating their line-up of devices to Jelly Bean – the Galaxy S III has been running 4.1 for a while now and has been running it on Sprint, in particular, longer than any other network. It's this that leads us to believe that HTC are the ones at fault here. Nevertheless, a leaked document broke out yesterday, suggesting that the update should be rolling out today.

The update is to be available from today and a network wide push will take place the week beginning January 3rd. If you're looking to get a hold of the update today then there are a few simple steps to take – as long as you're running a stock ROM, of course:

The new update will of course come packing Android 4.1 Jelly Bean and should improve a number of attributes of the phone thanks to Project Butter. As well as this, HTC are bringing the new Sense+ UI to the phone that is an improvement on Sense 4 that shipped with the device which will bring additions such as an improved gallery app as well as extra capabilities in the camera app. Which is all nice but, what you really care about is the update to Jelly Bean, am I right? The update should improve the speed and responsiveness of the already capable device on Sprint's network – which is currently going for just $99.99. 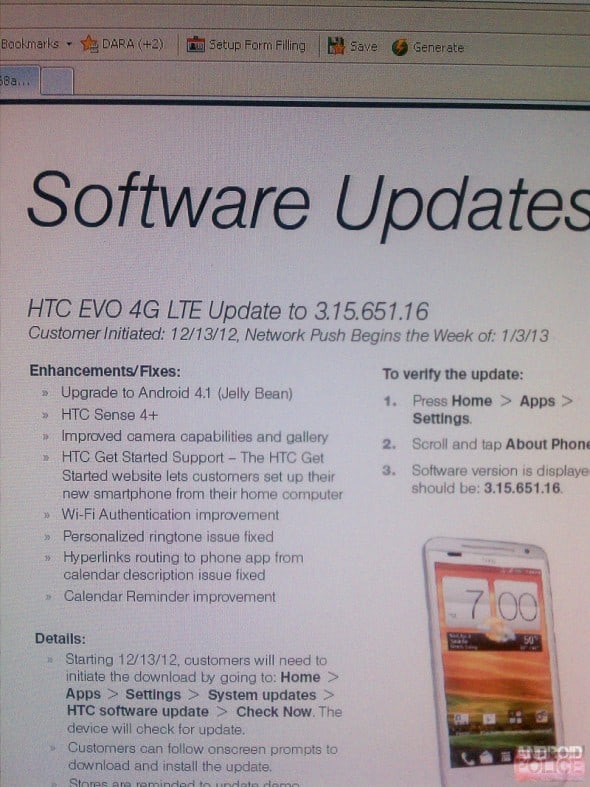 Word of the update was leaked via a document from Sprint's own internal network – Sprint's website now lists the device as coming with Jelly Bean out of the box – and outlines the update will begin today and be pushed to customer's devices automatically at the beginning of next year. So, while Sprint might not have met the end of the year, it's better late than never and we're pretty sure that Sprint would have rather pushed this update out a lot sooner – a la the Jelly Bean update for the Galaxy S III – but it looks like HTC are, once again, struggling to roll out updates in a timely manner.