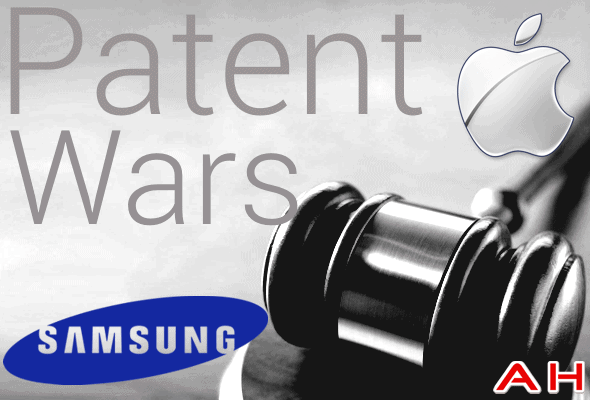 The U.S. International Trade Commission has taken interest in a recent case between Apple and Samsung, and no, it's not the billion-dollar ruling from this summer. The ITC wants to make sure that Apple did not infringe upon Samsung's patents while making the iPod touch, iPhone, and iPad.

In September of this year, a judge from the ITC declared Apple innocent of violating patents in a preliminary ruling. Now, the Commission is having second thoughts, and a final decision will presumably be made in January.

At worst, Apple's offending devices could be banned for sale in the United States. That would be a pretty extreme reaction, and antitrust enforcers are already expressing their dissatisfaction with even the possibility.

The ITC is doing its homework by asking for briefings on how standard essential patents normally operate. The patents are meant to provide for a fair cost of usage from the non-patent holders. In this case, 3G wireless technology and data packet formats for high-speed transmission are in dispute.

Is This a Reaction to The Billion-Dollar Ruling?

Okay, you've got the facts. Now, it's time for some pure speculation.

This summer, American courts gave a winning decision to Apple, along with a hefty fine for Korean-based Samsung to pay. Yes, it's all still in appeals, but Samsung is still expected to pay as of right now.

In the U.K., the courts decided that Apple needed to publicly apologize for making baseless accusations of its competitor.

Around the world, the battles continue, with Apple and Samsung each claiming victories along the way.

So, here's the speculation bit, are American courts worried about showing too much favoritism to the "home team," as it were, of Apple? I know that Google clearly has its seat of power in the States, as well, but Samsung is a foreign player. And a powerful one at that.

I'm not jumping into conspiracy theories here, but there are very important precedents set with each of these rulings. If Americans see the courts ruling against patent-holders (especially against patent-holders instead of foreign tech powerhouses) on a regular basis, then American innovators may start thinking it's better to get protection for their ideas in a country more rigid in its laws.

In a matter of over-compensation in the interests of foreign trade dollars, might American courts want to keep other countries happy, as well?

The ITC could be concerned about the opinions of the world, or, maybe they just don't like seeing such major cases dismissed so quickly.

We'll see how the ITC handles the decision soon enough.