It's clear that Apple have bred the iPad Mini to go toe-to-toe with the Nexus 7 and whilst there might be more apps for the Mini to fire at the Nexus 7, it's packing an aging screen resolution of just 1024 x 768 and is really quite pricey for what you're getting. While Apple's new iFruit Mini is the newcomer to the 7" world the Nexus 7 has become a veteran in the ring, with a number of model revisions happening already and a recent 3G version, it just gets better and better. Now that Apple has a tablet that squares up better against the Nexus 7, how will the fare in battle? Who's going to get hit with app shrapnel and which one can go the extra mile? Read on to find out what goes on in the ring!

First things first, let's go ahead and take a look at the specs of these two, side-by-side: 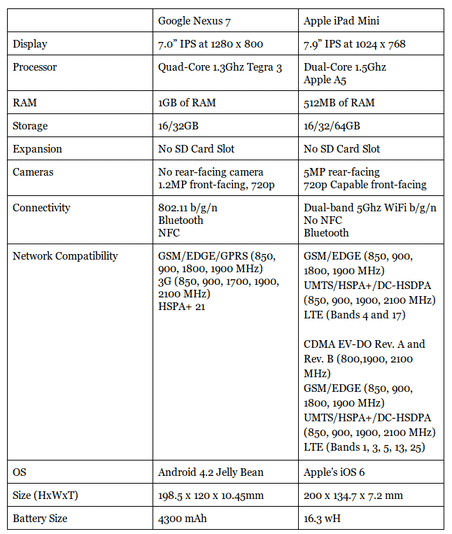 As 7" tablets go, the first Nexus tablet has a lot going for it, it's got a seriously fast processor, perfect for playing games and it's got a stunning screen with a much higher resolution of 1280 x 800. When it comes to down raw power, the Nexus 7 has the iPad Mini firmly beaten. Apps is one round where the Nexus 7 might be on the ropes for as there's no denying the iPad's strength when it comes to apps however, it has been on the market for some time. The Nexus 7 comes with Jelly Bean 4.1 and will get an upgrade to 4.2 soon, thanks to it being a Nexus it'll probably be supported longer than the iPad Mini. Android is perhaps a more flexible system to work with and gives you the power to do what you want with your own tablet. Making this the perfect tablet for everyday use as well as some of the more nerdy stuff out there. 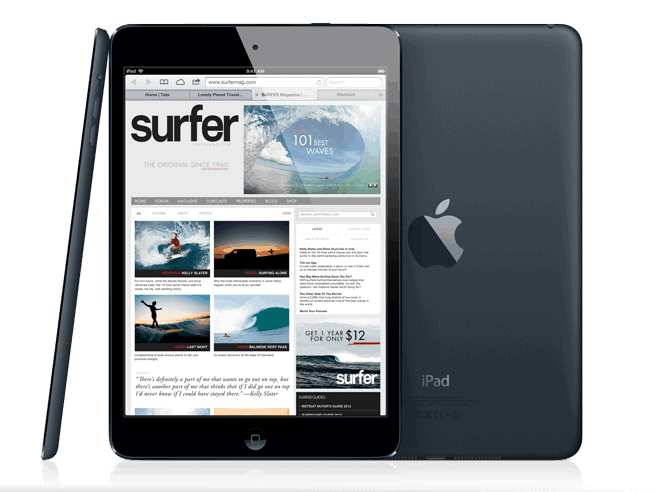 With this latest iPad revision, Apple have the Nexus 7 clear in their sights, they've been taking no prisoners as well, by comparing their apps with the apps available for the Nexus 7 they've made quite a splash. The metal build on offer here is certainly appealing and should hold up well on the move however, is that worth that much of a premium on top? With an extra camera on the Nexus 7 it's certainly going to be good for photographers and with a vast array of apps available there will be something to fill a need. When it comes to iOS 6 though, don't expect much from the Maps – one area the Nexus 7 beats the Mini to a pulp in – and be prepared to get everything from Apple, they're no alternatives for iOS. Here, it's Apple's way or the highway!

How do these two tablets compare on the battlefield of pricing then? 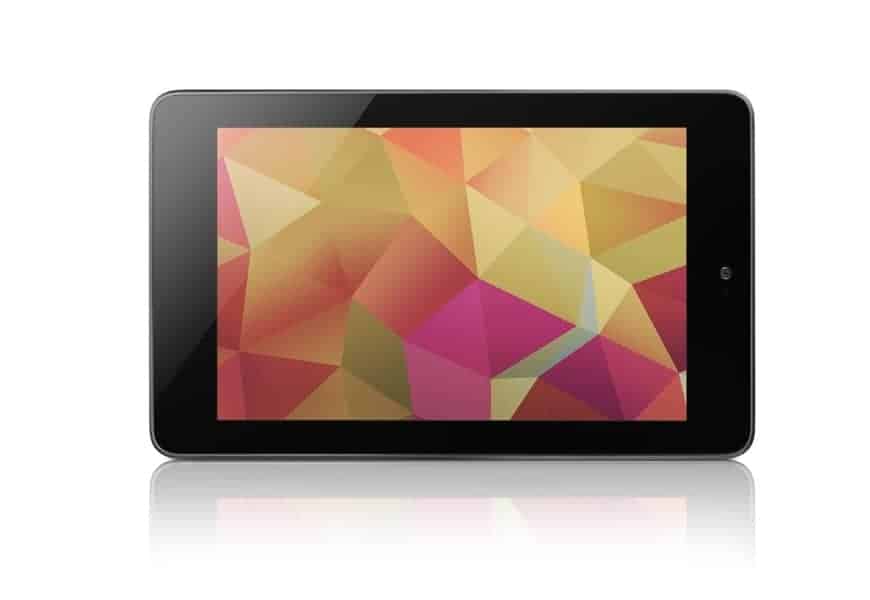 It had to be the Nexus 7 and not just because we're Android Headlines oh no, when you take into consideration how much you're getting for so much less than the cost of the iPad Mini it's unreal. There's just no contest when it comes down to price. Not to mention the fact the iPad Mini is mostly packing 2-year old technology, Apple crow on and on about build quality and design but there's no way a product from 2010 shrunk down is worth this much more than the Nexus 7. GAMES! Gaming on the Nexus 7 is a lot brighter and fluid thanks to the quad-core CPU built for games and the stunning high-resolution IPS display, the Nexus pummels the iPad Mini in that fight. Whether or not you're an Android fan or just want a smaller tablet, the Nexus 7 is the best bet right now, it does it all and it does it all for a brilliant price!

Trusted By Millions
Independent, Expert Android News You Can Trust, Since 2010
Publishing More Android Than Anyone Else
17
Today
53
This Week
569
This Month.
8017
This Year
109489
All Time