Buckle up folks, it's that time again – where we pit two tablets together in bloody combat and see who comes out on top! Well, the combat might not be so bloody but, there is a lot of throwing of CPUs and GPUs going around. In one corner we have the Nexus 7, Google's answer to all other 7-inchers and in the other corner we have Samsung's Galaxy Note 10.1, Sammy's attempt to keep kids writing with pens and not keyboards! Both of these tablets have got some excellent qualities to them and it looks like another fight that might end up with a tough outcome. One's been dressed up by Samsung and comes with the brilliant S-Pen and the associated suite of apps but the other is a pure stock Android experience through and through. Read on to find out what's going to become of today's fighters! 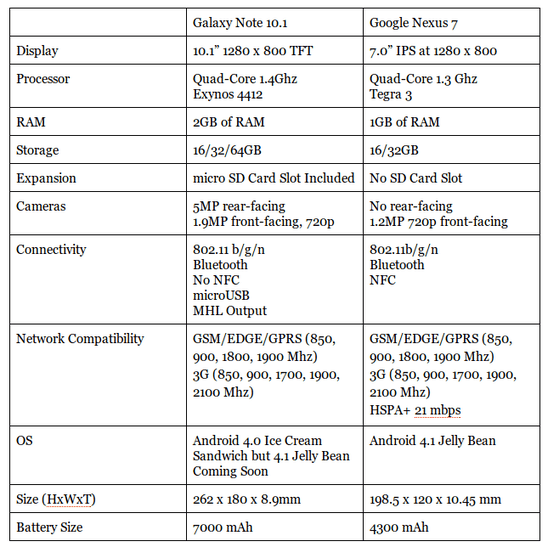 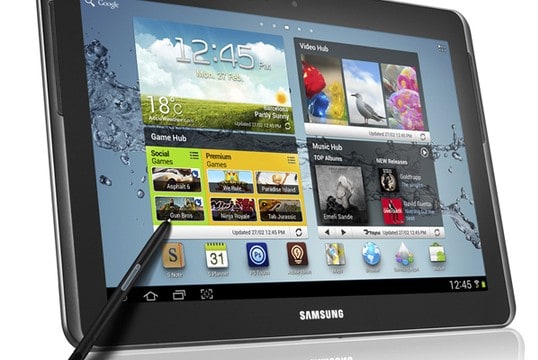 The Galaxy Note line used to be for giant phones that just happened to come with pens but now, with the Note 10.1 Samsung have proven that their pen input technology and the S-Pen are worthwhile additions to the Android experience. There's a whole suite of application built into the TouchWiz UI on the Note 10.1 that'll help you get work. It's not just about taking notes either, it's a whole productivity suite that Samsung have thrown in and it's going to be really helpful if you're always on the go with work or a student who doesn't want to lug around a laptop everywhere. Samsung have tweaked the design of this tablet and the speakers are now front-facing which really makes a different when listening to music and watching movies. There's the added bonus of a rear-facing camera which further extends the Note 10.1's use for creativity as well.There's no denying that the Galaxy Note 10.1 has a lot of fire power behind it but, do all those shots hit on target? 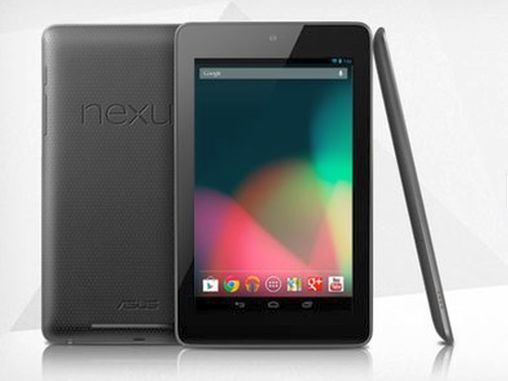 It's been the darling of the Android tablet for some time now, thanks to its low price and powerful CPU but, is that enough to make you happy in a tablet. There are certainly a lot to love about the tablet, for instance, it's high resolution display makes reading a whole lot easier on the eye but, when it comes down to it there's only so much you can do with 7-inches. There's little in the way of productivity apps for example and the stock Android experience, while great for die-hard users will turn new users off compared to the friendly appearance of TouchWiz. There's no stylus! While this is perhaps down to personal preference, once you use a stylus you see how much it can help and when the input is as accurate as it is on the Galaxy Note 10.1 there's little reason to spend time poking the screen repeatedly. If you're the type to take photos when you're out and about there's only a low-quality front-facing camera, the Note 10.1 can shoot away for hours on end. 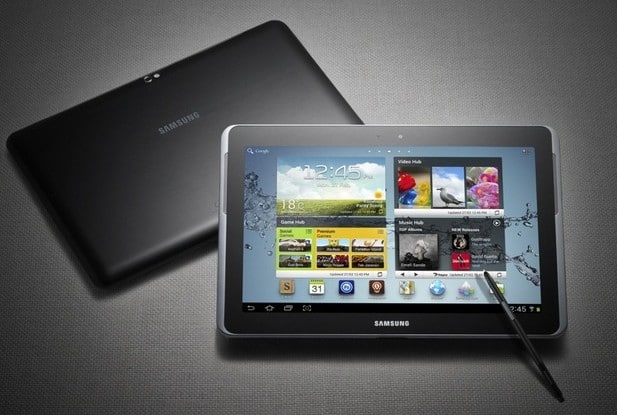 It was a tough call but when all is said and done there's no better way to get something done on an Android tablet and the Note 10.1 isn't all fun and no play; with front-facing stereo speakers and a larger display movies on here are great. Let's not forget that you can create and edit your own home movies with this, something the Nexus 7 can't handle. The S-Pen is no longer a gimmick and when combined with something like this really starts to show it's potential when it comes to productivity and creativity. Oh, and can you imagine Fruit Ninja on this thing?