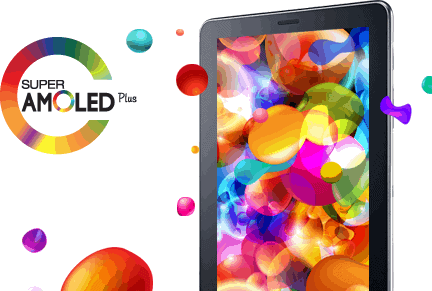 It's getting that time of year where the rumors of what's going to be happening at CES are starting to heat up and, more importantly, starting to get some more meat on them. CES is in January ever year and it's where a lot of companies in the industry come to show the latest and greatest they have to offer the tech consumer. Quite a lot of it is washing machines and refrigerators but, for the last few years it's been more and more about smartphones, laptops and tablets than ever before. This is why next year's CES could be one to watch, especially after this year's relatively disappointing show.

Full HD Displays are set to be the next big thing when it comes to smartphones and with the Droid DNA about to ship later this month in the states, it looks like everyone else has some catching up to do. HTC may have jumped the gun on a lot of its competitors but this Full HD push has been going on for some time now and a lot of the main players have panels lined up or sources to throw them in their new phones. Sony are said to be bringing the Yuga and Odin with 1080p displays and LG won't be too far behind as they've had their Full HD solution ready and waiting for some time now.

Samsung are a company that we've been wondering what they're going to do when it comes to the Full HD push and recently there was confirmation that the company would be sticking with AMOLED technology to deliver 1920 x 1080 displays. Super AMOLED displays have been Samsung's major differentiator when it comes to the mobile space and I don't think they'd want to let this go when it comes to their high-end smartphones. There's been word that Samsung may be more ready than we thought to deliver Full HD Super AMOLED. A Korean newspaper who is said to have inside info from one of Samsung's officials who has said that the 1080p panel is extremely thin and comes with low power consumption as well as a high refresh rate. All things that we're used to seeing from OLED displays but the 441 ppi density will surely turn some heads, especially upon close inspection.

It's going to depend upon whether or not Samsung can succesfully deliver the displays in high quantities that will determine wheteher or not this will ship as the heart of the Galaxy S IV. All of Samsung's flagships have had a lot going for it, including good processing power but Samsung have always pegged the screen as a real differentiator. The company has already proved that they can deliver HD displays without using Pen-Tile pixel arrangement in the Galaxy Note II. Hopefully the display of the Galaxy S IV will be a none Pen-Tile display at this stunning 1080p resolution. Would another jump in size turn people off from the Galaxy S IV or is it something that people will be happy to deal with for that impressive screen resolution? What do you think?