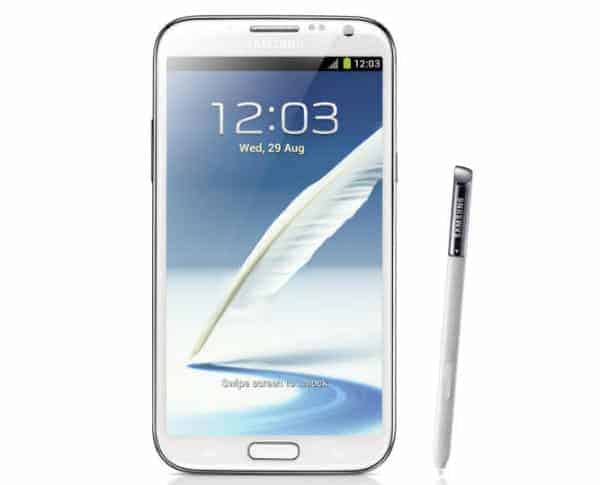 Late August, the Galaxy Note 2 was unveiled to the world at the “Unpacked Event” in Berlin. Upon its release rumors and leaks ran amuck about who would be carrying the newest device and when. So far,  Verizon,  AT&T,  Sprint, US Cellular,  and T-Mobile currently carry the beautifully designed Note 2, and there are many more to come as well.

Just as a recap for those who do not know, the Samsung Galaxy Note 2 offers:

Definitely a stellar device! Since it’s unveiling, the Samsung Galaxy Note 2 has definitely hit the market hard and in September it was already at 3 million units sold. That number has since grown to over 5 million!!

The Galaxy Note 2 has even made its way across the Canadian border, which is always a plus to see phones like this go international. It’s not fun when one country has a top of the line device, but another country can’t have it.

The Samsung Galaxy Note 2 is the “first smartphone to launch with Android 4.1 Jellybean.” What is not to love about this device? The S Pen happens to be one feature that I hear a lot of talk about. It has actually been redesigned in order to “ergonomically” provide “precise, natural writing and drawing. I definitely give this device two thumbs up, and am not all shocked that it has reached such tremendous sales in such a short time.

The Samsung Note 2 is definitely on my “want”  list.  The fact it is doing so excellent has only increased the attention it may receive when it comes to my next device. What do our readers think? Are you surprised that the Note 2 is doing so well?