The year 2012 has been a huge year for Huawei. Prior to this year the manufacturer hadn’t done so well in the US. But they are working on plenty of new Android and Windows Phone 8 devices that should be coming to the US early next year. The Huawei Ascend D2 popped up in GLBenchmark’s database over the weekend and looks to have some pretty good specs including a 1080p display and a quad-core processor. 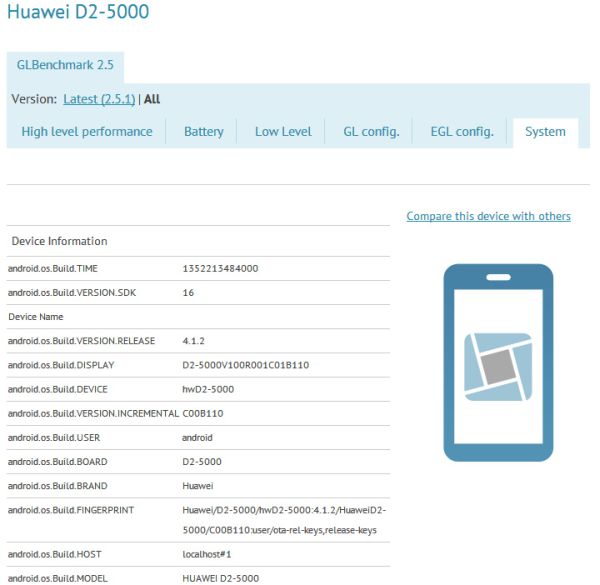 The Ascend D2 was unveiled about a month ago in China, and just like many announcements of high-end devices, there were some left out details. But it now appears that those left out details are starting to come together. Thanks to the images from GLBenchmark we now know that the 5-inch Ascend D2 will be coming with an edge-to-edge display, similar to the Motorola Droid Razr M, but also boasting a 1920×1080 resolution. But the documents on GLBenchmarks show that the resolution will be 1800×1080. So it looks like this device will have on-screen buttons, like it should.

As far as the processor goes, it’ll be a 1.5GHz quad-core mystery processor. Well not quite a mystery. It appears that it’ll be paired with a Hisilicion Technologies GPU, meaning that the SoC will be home-brewed  which was what most of us figured coming from Huawei. Rumors are pointing at Huawei to be introducing a newer chip than the K3V2 we saw in the Ascend D Quad. 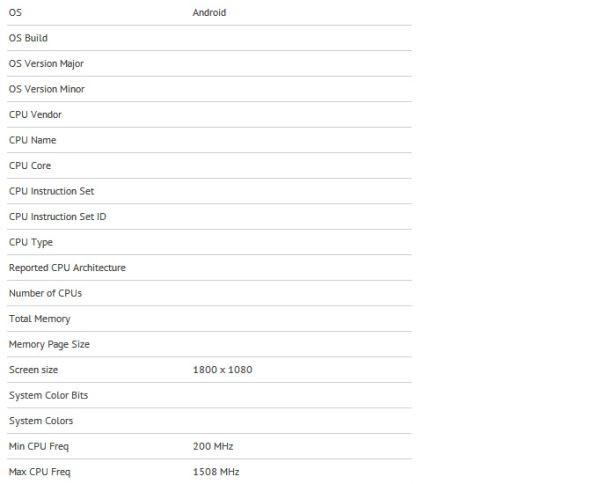 As far as software goes, it looks like the Ascend D2 has Android 4.1.2 – Jelly Bean running. But that may change to Android 4.2 before release. Which we most certainly hope happens. The Ascend D2 is also said to have a 13MP rear-facing camera, a 1.3MP front-facing camera along with 2GB of RAM and a sizable 3,000mAh battery.

Now as far as an official announcement? I’d expect something at CES in early-January or Mobile World Congress in February in Barcelona. So what do you think of the Ascend D2 from Huawei? Could it be your next device if it launches on the right carriers and gets bumped to Android 4.2 before release? Let us know in the comments.