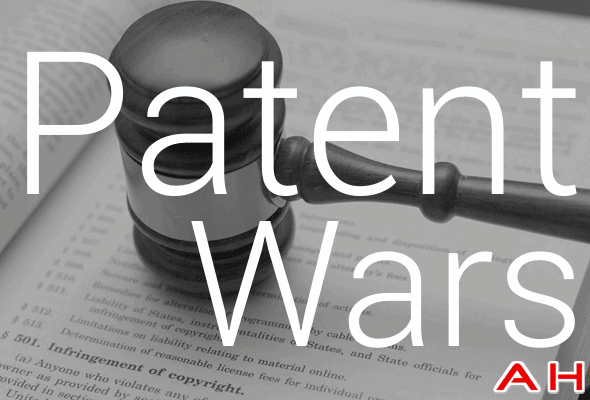 HTC may have bought its way into Apple's good graces, but that love certainly does not extend to Google. In a number of court systems around the world, Apple and HTC dismissed a variety of patent cases "without prejudice." In fact, we actually learned about "four European Apple patents previously not known to have been asserted against Android devices," which we'll talk more about in just a moment.

Perhaps most humorously about the whole negotiation was a Schwarzenegger / Bruce Willis turn of phrase that states that patents on loan from Google were dismissed "with prejudice." Meaning, Apple won't go to battle in the here and now, but you can expect that those patents will come up in another discussion down the road.

I guess we shouldn't be surprised. If Apple didn't have more patents to chase down, what would their legal department do all day?

So, what's the fuss about these patents that we haven't seen before? Well, Apple has brought these issues to European courts before (three out of the four patents), but the company was specifically in dispute with Nokia and not Google / Android as a whole.

The three patents that made their way to German courts included the following bits of functionality:

The last patent, an issue that was specifically brought up against HTC before the settlement wiped the slate clean, was a "network component system."

Clearing Dockets Around the World

Foss Patents reported with great detail exactly which disputes between HTC and Apple were dismissed. Apple had apparently become rather aggressive in 2012 with seven new patent battles with HTC, as opposed to just three in 2011. Courts in the U.K., the U.S. (several states' courts, including the United States Court of Appeals for the Federal Circuit), and Germany were all able to close down patent cases.

Apple may have cleared off a few dockets for now, but you can expect that they'll turn that aggressive agenda towards anyone else who might be using any of their patents without permission. Watch out, mobile companies.